Professor Nielson teaches and writes in the areas of administrative law, civil procedure, federal courts, and antitrust. His publications have appeared (or will appear) in journals such as the University of Chicago Law Review, Georgetown Law Journal, Emory Law Journal, Southern California Law Review, Georgia Law Review, and Ohio State Law Journal. He currently co-chairs the Rulemaking Committee of the American Bar Association’s Section of Administrative Law & Regulatory Practice.  Previously he chaired the Section's Antitrust & Trade Regulation Committee.  Professor Nielson is a permanent commentator at the Yale Journal on Regulation's Notice & Comment blog where each week he reviews all published decisions of the U.S. Court of Appeals for the District of Columbia Circuit.  His analysis of D.C. Circuit opinions has been discussed in the Wall Street Journal, Washington Post, Bloomberg, and Law360.

Professor Nielson received his J.D. from Harvard Law School. Following graduation, he was awarded a Harvard Law School Post-Graduate Research Fellowship. Professor Nielson also received an LL.M from the University of Cambridge, where he focused his studies on the institutions that regulate global competition and commerce. He received his undergraduate degree from the University of Pennsylvania, majoring in economics and political science.

Free Markets vs. The Regulatory State

The Past and Future of Administrative Law? 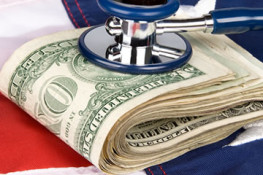 The ACA and Appropriations: Does the Administration Have the Authority?

If you are like most people, when you hear the words “administrative law,” you think...

A couple of weeks ago the Federalist Society hosted the Sixth Annual Executive Branch Review...

Until 2017, the Congressional Review Act (CRA) was an afterthought, even to those who follow...

The ACA and Appropriations: Does the Administration Have the Authority?

Last month the Trump Administration announced that it will end the Affordable Care Act's government...

This panel was held on January 5, 2017 during the 19th Annual Faculty Conference in...