A couple of weeks ago the Federalist Society hosted the Sixth Annual Executive Branch Review Conference.  Although I was unable to attend (which is probably true for many of us who don’t live in Washington, D.C.), the Conference is now online.  As one might imagine, a good chunk of the event was directed to debates and discussions about substantive regulations—for instance, OIRA “Administrator Neomi Rao spoke about the new agreement she had hammered out with the Treasury Department to bring OIRA’s review of IRS regulations more in line with its review of other agencies’ regulations.”  The Conference, however, also addressed a different sort of issue: “The Role and Responsibility of the Government Employee” and “Civil Service Reform.”

For those wish to dive deeper into the debates surrounding the duties of government employees (leaving aside what separates them from “officers,” another tricky question, as the Supreme Court has recently been reminded!), here is a short essay: Ethics in the Executive Branch: The Constitutional Need to Preserve Presidential Energy.  In it Adam White offers thoughts on ethics and “republican virtue.”  He explains that all federal employees, including lawyers, have duties “to report criminal wrongdoing by government officials.” But he also argues that when it comes to policy disagreements, “our Constitution’s framework necessarily implies that agency lawyers represent their agencies acting at the direction of their lawful leadership.”  Along the way, the essay discusses the Federalist Papers, the Model Rules of Professional Conduct, and what it means to have “energy in the executive.”

Ethics in the Executive Branch 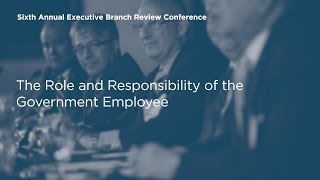 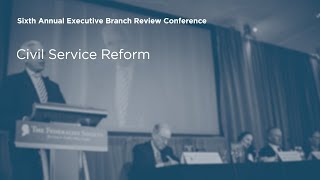