In 2002 Lakhdar Boumediene and five other Algerian natives were seized by Bosnian police when U.S. intelligence officers suspected their involvement in a plot to attack the U.S. embassy there. The U.S. government classified the men as enemy combatants in the war on terror and detained them at the Guantanamo Bay Naval Base, which is located on land that the U.S. leases from Cuba. Boumediene filed a petition for a writ of habeas corpus, alleging violations of the Constitution's Due Process Clause, various statutes and treaties, the common law, and international law. The District Court judge granted the government's motion to have all of the claims dismissed on the ground that Boumediene, as an alien detained at an overseas military base, had no right to a habeas petition. The U.S. Court of Appeals for the D.C. Circuit affirmed the dismissal but the Supreme Court reversed in Rasul v. Bush, which held that the habeas statute extends to non-citizen detainees at Guantanamo.

In 2006, Congress passed the Military Commissions Act of 2006 (MCA). The Act eliminates federal courts' jurisdiction to hear habeas applications from detainees who have been designated (according to procedures established in the Detainee Treatment Act of 2005) as enemy combatants. When the case was appealed to the D.C. Circuit for the second time, the detainees argued that the MCA did not apply to their petitions, and that if it did, it was unconstitutional under the Suspension Clause. The Suspension Clause reads: "The Privilege of the Writ of Habeas Corpus shall not be suspended, unless when in Cases of Rebellion or Invasion the public Safety may require it."

The D.C. Circuit ruled in favor of the government on both points. It cited language in the MCA applying the law to "all cases, without exception" that pertain to aspects of detention. One of the purposes of the MCA, according to the Circuit Court, was to overrule the Supreme Court's opinion in Hamdan v. Rumsfeld, which had allowed petitions like Boumediene's to go forward. The D.C. Circuit held that the Suspension Clause only protects the writ of habeas corpus as it existed in 1789, and that the writ would not have been understood in 1789 to apply to an overseas military base leased from a foreign government. Constitutional rights do not apply to aliens outside of the United States, the court held, and the leased military base in Cuba does not qualify as inside the geographic borders of the U.S. In a rare reversal, the Supreme Court granted certiorari after initially denying review three months earlier.

Scalia’s Theory of the Suspension Clause in St. Cyr

Experts have long debated Congress’s power to withhold federal court jurisdiction. But in 2008, the...

Countdown to the National Lawyers Convention: What's "Conservative" about the "Roberts" Court?

Next week, I will participate in the Federalist Society’s National Lawyers Convention, in Washington, D.C.,...

A Fundamental Misconception of Separation of Powers: Boumediene v. Bush

Terrorists attacked the United States on September 11, 2001. Congress quickly authorized the President to...

Remarks by the President on Judicial Accomplishments and Philosophy

Today we offer a preview of the ABA Annual Meeting in New York City.  The...

Boumediene v. Bush arises on a writ of habeas corpus filed on behalf of Lakmar...

Boumediene v. Bush arises on a writ of habeas corpus filed on behalf of Lakmar...

In the ongoing saga over the detainees held at Guantanamo Bay, the D.C. Circuit recently... 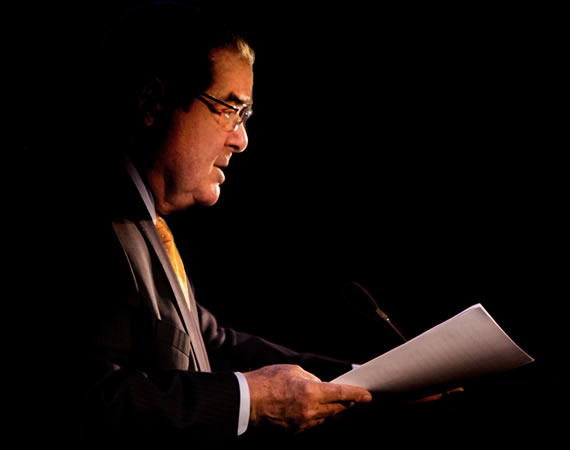 The Jurisprudence and Legacy of Justice Scalia

The Limits of Habeas Corpus after Boumediene v. Bush

on behalf of the Respondents

on behalf of the Petitioners