Paul G. Mahoney is a David and Mary Harrison Distinguished Professor and served as dean of the Law School from 2008-16. Mahoney's teaching and research areas are securities regulation, law and economic development, corporate finance, financial derivatives and contracts. He has published widely in law reviews and peer-reviewed finance and law and economics journals. His book, “Wasting a Crisis: Why Securities Regulation Fails,” was published by the University of Chicago Press in 2015.

Mahoney joined the Law School faculty in 1990 after practicing law with the New York firm of Sullivan & Cromwell and clerking for Judge Ralph K. Winter, Jr. of the U.S. Court of Appeals for the Second Circuit and Justice Thurgood Marshall of the U.S. Supreme Court. He served as academic associate dean at the Law School from 1999 to 2004 and has held the Albert C. BeVier Research Chair and the Brokaw Chair in Corporate Law. He has been a visiting professor at the University of Chicago Law School, the University of Southern California Law School and the University of Toronto Faculty of Law. He has also worked on legal reform projects in Kazakhstan, Kyrgyzstan, Mongolia and Nepal.

Mahoney is a member of the Council on Foreign Relations and a fellow of the American Academy of Arts and Sciences. In 2018 he joined Securities and Exchange Commission’s Investor Advisory Committee. He served as an associate editor of the Journal of Economic Perspectives from 2004 to 2007 and as a director of the American Law and Economics Association from 2002 to 2004. He is a past recipient of the All-University Outstanding Teacher Award and the Law School's Traynor Award for excellence in faculty scholarship. 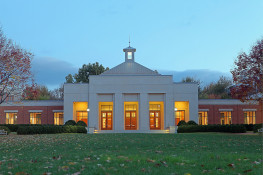 Capitalism, Markets, and the Constitution

Free markets have exponentially improved the well-being of humanity and lifted more people out of...

Free markets have exponentially improved the well-being of humanity and lifted more people out of...

Economic Uncertainty and the Role of the Courts - Event Audio/Video