The Brady Handgun Violence Prevention Act (Brady Bill) required "local chief law enforcement officers" (CLEOs) to perform background-checks on prospective handgun purchasers, until such time as the Attorney General establishes a federal system for this purpose. County sheriffs Jay Printz and Richard Mack, separately challenged the constitutionality of this interim provision of the Brady Bill on behalf of CLEOs in Montana and Arizona respectively. In both cases District Courts found the background-checks unconstitutional, but ruled that since this requirement was severable from the rest of the Brady Bill a voluntary background-check system could remain. On appeal from the Ninth Circuit's ruling that the interim background-check provisions were constitutional, the Supreme Court granted certiorari and consolidated the two cases deciding this one along with Mack v. United States.

State Judiciaries and the Anticommandeering Doctrine

Sports Gambling Decision is a Major Victory for Federalism

A New Federalism: Can the Judicial Right and Left Unite as Unlikely Allies?

Note from the Editor: This article argues that the Supreme Court should find unconstitutional the...

The States and the NLRB: A Study in Comparative Sovereignty

Under a system of government that diffuses power and makes institutional “[a]mbition . . ....

The Transportation of Hazardous Materials After September 11: Issues and Developments

William R. Maurer [1]1. The ProblemShortly after the terrorist attacks against the United States on...

Federalism Revived? The Printz and City of Boerne Decisions

The following program was sponsored by the Federalism and Separation of Powers Practice Group at...

City of Boerne v. Flores: A Victory for Federalism

In deciding whether to invalidate the Religious Freedom Restoration Act (RFRA) in City of Boerne...

In a century driven by the Progressive-Era view that ever-larger government can solve the manifold... 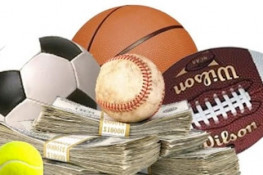 Does The EPA Respect Federalism?

Cooperation or Coercion on Climate: Is the EPA Trying to Deputize the States?

Argued the cause for the United States

on behalf of the Respondent for respondent