William H. Pryor Jr. serves as Chief Circuit Judge on the United States Court of Appeals for the Eleventh Circuit.

He served as the 45th Attorney General of Alabama from 1997 to 2004.  When he took office, he was the youngest attorney general in the nation. In his reelection, he received the highest percentage of votes of any statewide candidate.

He is a member of The American Law Institute and an Adviser for the RESTATEMENT OF THE LAW THIRD, CONFLICT OF LAWS. He is a coauthor with Bryan Garner, Justices Gorsuch and Kavanaugh, and several other judges of a treatise, THE LAW OF JUDICIAL PRECEDENT. He has published in the Yale Law Journal, Columbia Law Review, Virginia Law Review, Notre Dame Law Review, Harvard Journal of Law & Public Policy, Yale Law & Policy Review, George Mason Law Review, Florida Law Review, Alabama Law Review, Case Western Reserve Law Review, and Tulane Law Review. He has published op-eds in The Wall Street Journal, The New York Times, National Review, and USA Today. He has debated at National Lawyers’ Conventions of the Federalist Society (including on National Public Radio) and at the Oxford Union in the United Kingdom. And he is listed among several “widely admired judicial writers” in Bryan Garner’s The Redbook: A Manual on Legal Style. 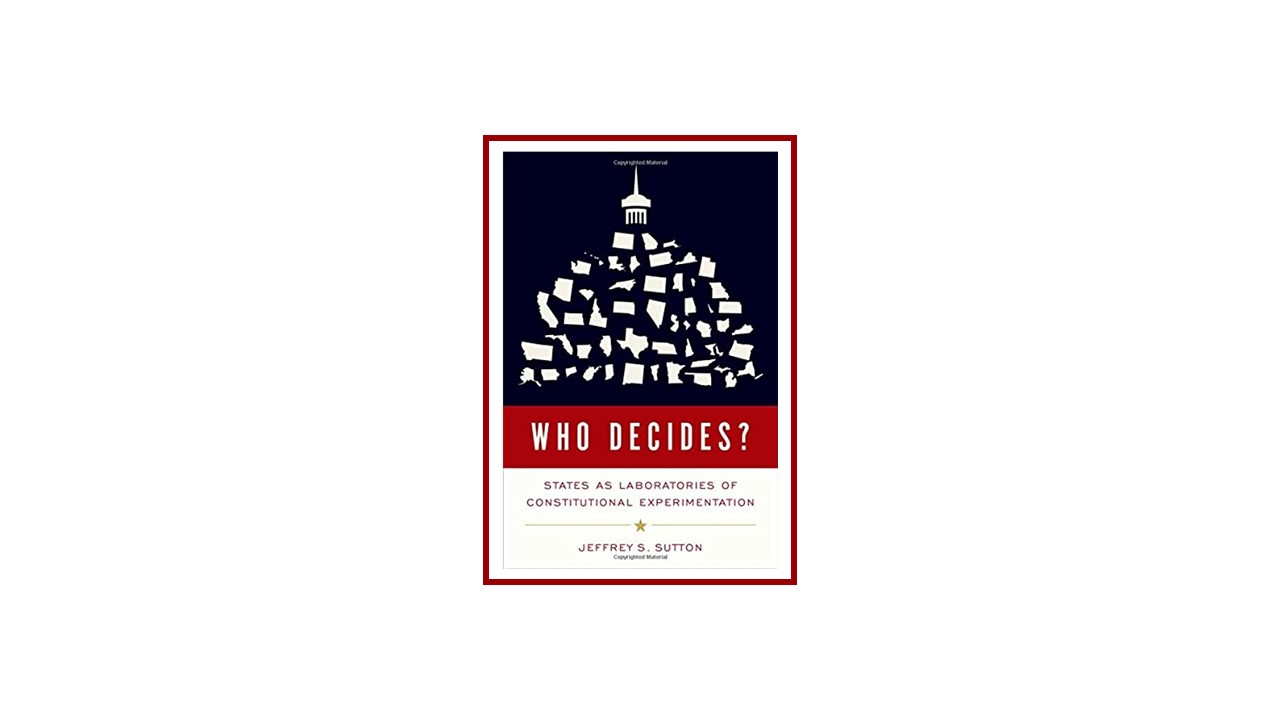 Talks with Authors: Who Decides? States as Laboratories of Constitutional Experimentation

Morality and the Rule of Law

Moral Duty and the Rule of Law

Today I want to discuss a new version of an old debate. In 1985, then-Attorney...

Theories of originalism and living constitutionalism currently vie for approval in the courts. Originalists find...

Theories of originalism and living constitutionalism currently vie for approval in the courts. Originalists find...