Christopher Yoo has emerged as one of the nation's leading authorities on law and technology. His research focuses on exploring how the principles of network engineering and the economics of imperfect competition can provide insights into the regulation of the Internet and other forms of electronic communications. He has been a leading voice in the "network neutrality" debate that has dominated Internet policy over the past several years. He is also pursuing research on copyright theory as well asthe history of presidential power. He is the author (with Daniel F. Spulber) of Networks in Telecommunications: Economics and Law (Cambridge, 2009) and (with Steven G. Calabresi) of The Unitary Executive: Presidential Power from Washington to Bush (Yale, 2008). Yoo testifies frequently before Congress, the Federal Communications Commission, and the Federal Trade Commission.

Millennials, Equity and the Rule of Law

Regulation of the Internet

Net Neutrality: How Free Do We Want the Internet? 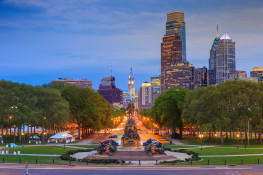 In today’s rapidly evolving telecommunications landscape, the development of new technologies and distribution platforms are...

Regulation of the Internet - Event Audio/Video

The internet has been a revolution of undoubted importance in the business world, for government,...

Introduction: I’m David McIntosh, a partner at Mayer Brown. I’ll be the moderator for today’s...