The U.S. Supreme Court is taking up a Second Amendment case for oral argument for the first time in a decade, granting an NRA-supported cert petition by Paul Clement to examine the critical next-step question for the right to bear arms, and fueling speculation that Justice Anthony Kennedy was the cause for the years-long pause in developing this area of constitutional jurisprudence.

The Supreme Court in District of Columbia v. Heller (2008) recognized the Second Amendment as an individual right.  McDonald v. City of Chicago (2010) held that the right to bear arms applies to state and local governments through the Fourteenth Amendment. But both of those cases involved a law-abiding adult citizen who wanted to keep a handgun in his privately owned home for self-protection. That leaves many questions unanswered.

The facts of this latest case are straightforward. New York law requires a permit to carry a handgun outside of the home. That statute requires an applicant to show “proper cause” to obtain a permit, meaning a particularized circumstance beyond a generalized concern for self-defense. Such circumstances could include being a prosecutor or having a physically abusive ex-husband.

New York City (NYC) then imposed draconian restrictions over and above the state statute for the 8.5 million New Yorkers living within the Big Apple. Under city law, you may only remove the firearm from your legal residence if it is (1) unloaded, (2) in a locked container, and (3) being transported in the trunk of your vehicle, (4) to or from one of the seven city-approved firing ranges for target practice. Beyond barring a resident of New York City from having his firearm on his person for immediate self-defense, those gun owners cannot even transport them to any location other than a firing range inside the city, not even to a secondary residence owned by the same person.

(NRA works primarily with two outside firms for major litigation. One is Paul Clement from Kirkland Ellis. The other is the former head of the Justice Department’s Office of Legal Counsel under President Ronald Reagan, Chuck Cooper, of Cooper & Kirk. NRA is supporting Clement’s efforts in this current lawsuit as well, while Cooper has been representing NRA separately as an amicus curiae in the suit.)

When Clement’s team took the lead on appeal, his partner Erin Murphy made three separate arguments that are currently before the Supreme Court. First, NYC’s law deprives U.S. citizens who live in NYC of any meaningful exercise outside the home of their Second Amendment rights. Second, it violates the Dormant Commerce Clause, as it deprives those citizens of accessing the marketplaces of other states on terms equal to the access Americans living outside NYC enjoy.  And third, it violates the right to interstate travel under the Privileges or Immunities Clause of the Fourteenth Amendment, because it requires those citizens to forfeit their Second Amendment rights in order to cross state lines.

As an aside, it should be noted that many originalists are quick to point out with Justice Clarence Thomas that there is no such thing as a “Dormant Commerce Clause” or “Negative Commerce Clause.” Congress’s exertion of sweepingly broad assertions of authority under the Commerce Clause have shown that federal lawmakers are certainly not timid or reticent about asserting their power to regulate interstate commerce, and thus the concept of a Dormant Commerce Clause appears no more justified by the original public meaning of the Constitution than the idea of implied preemption. But obviously many principled and well-respected Justices like Justice Samuel Alito and the late Justice Antonin Scalia regard stare decisis as playing a major role in the perpetuation of those doctrines. As an attorney seeking to win his case for his client, Paul therefore cannot be faulted for pressing that line of argument. It is not likely to get Justice Thomas’s vote, but it does provide an off-ramp for a Justice who is willing to reverse the Second Circuit’s judgment but ultimately decides he does not want to expand Second Amendment jurisprudence at this time.

The lower courts were not sympathetic to the challengers here. The Southern District of New York rejected all of the constitutional arguments. (NYSRPA also argued a fourth count, regarding First Amendment associational standing in the lower courts, but that issue was not raised in the cert petition.) The Second Circuit affirmed, holding that NYC’s restrictive regime (reminiscent in its scope and severity of the laws struck down in Heller and McDonald) is fully consistent with the Constitution.

Clement and NYSRPA petitioned the Supreme Court for a writ of certiorari. The Court relisted the case several times as it was granting cert in the final cases for the current Term. The Court then granted certiorari on January 22, 2019, as the first case for October Term 2019. (No. 18-280.)

Some pundits had speculated that Justice Kennedy had been the reason that four Justices had not voted for any Second Amendment cases since McDonald was decided in 2010. (To be precise: The Court decided the Second Amendment case Caetano v. Massachusetts with a per curiam decision at the cert petition stage, wherein the Supreme Court summarily reversed Massachusetts’ highest court, but did not break any new legal ground in doing so. The Court has not accepted any Second Amendment cases for briefing and argument since McDonald.) Dictum in Justice Antonin Scalia’s Heller opinion emphasizing that Heller should not be read to cast doubt on certain “presumptively lawful” restrictions on firearms, as well as Justice Samuel Alito’s repeating that assurance, looked to some like Justice Kennedy’s price of admission to join the principal opinion, ensuring that Heller and McDonald were majority opinions, as opposed to plurality opinions accompanied by concurrences.

The Court has rejected multiple certworthy cases since 2010. The fact that a new Court with Justice Brett Kavanaugh now sitting in Justice Kennedy’s seat has suddenly granted review in this case is seen as evidence that this theory regarding Kennedy is correct, that the logjam has been cleared, and that the current case may be only the first of several over the coming years.

Experts on Second Amendment jurisprudence may also note that Clement will now be three for three on arguing Second Amendment cases before the Supreme Court. Some might even start to suspect (partly tongue-in-cheek, but only partly) that the Justices are making that a prerequisite to taking a case, as Paul’s performance on Second Amendment cases to date has been excellent. This should give the Justices confidence that cases led by Clement will continue the Court with all the tools they need to carefully craft opinions in the early stages of this hotly contested jurisprudential field.

We may all find out in 2020. Chuck Cooper and David Thompson currently have a case pending out of New Jersey, Rogers v. Grewal (No. 18-824). (Full disclosure: I filed an amicus brief supporting Chuck and David’s petition.) The Third Circuit upheld New Jersey’s statute requiring a person to show good cause to receive a permit to carry a readily usable firearm on their person outside the home. That decision is functionally identical to decisions from the First, Second, and Fourth Circuits, upholding Massachusetts, New York, and Maryland statutes, respectively, all imposing the same good-cause restriction on issuing permits. (Please note the distinction between the New York state law challenged in the earlier Second Circuit case—Kachalsky v. County of Westchester (2012)—versus the New York City law being challenged in this Clement/NRA case here, which adds restrictions beyond those imposed by the state statute).

In all four of those cases, the court of appeals assumed or held that the Second Amendment right to keep and bear arms applies outside the home. Otherwise it would be laughable to say that there is a right to bear arms in addition to the right to keep (i.e., own/possess) arms, unless you try to argue with a straight face that carrying a gun from your bedroom to your kitchen constitutes “bearing” arms. All four of these circuits then declared that such restrictions are—for reasons that transcend understanding—subject to intermediate scrutiny, then applied a form of what they called “intermediate scrutiny” but which looks shockingly similar to rational-basis review (i.e., “there’s almost no way you can lose here” review), and predictably upheld the laws in question.

The Cooper/Thompson case would make sense as the next step after Clement’s case. In Paul’s case, the question is whether the Second Amendment extends outside the home at all, by way of being able to transport unloaded and secured firearms. Assuming the Court (correctly) holds that it does, then in Chuck and David’s case, the question becomes whether the right to bear arms is sufficiently broad and robust to permit a person to have that firearm on his person, loaded and instantly accessible for immediate use for personal self-defense. The answer to that question should be a resounding “yes” as well.

But first, NYSRPA needs to win its case, which is where the spotlight will be this fall.

The Supreme Court granted significantly extended briefing deadlines in the NYSRPA case. Clement’s brief is due May 7, and the city’s brief is due in August. As Paul points out in his motion for the extension, even granting an extra 60 days to both sides, the case can still be argued in the October 2019 sitting. This case is definitely one worth tracking.

Ironically, one of the initial challenges the legal community may face in wonkier circles is how to refer to this case in shorthand. The convention of preferring some version of the petitioner seems undesirable here: New York State Rifle & Pistol Association. That amounts to seven words and thirteen syllables. That’s a mouthful. How about an acronym? That would be NYSPRA, so that won’t work, either (unless pronounced “Niss-pra,” but few people would end up pronouncing it that way.) Maybe go with the respondent’s name? That would be City of New York. Hardly a distinctive party name. I leave it to more seasoned Supreme Court advocates to suggest a shorthand name, but this could well become a watershed case that will be cited countless times, so the bar will need some reasonable handle with which to refer to it.

For now, I will call this blockbuster case New York State Rifle. That’s not ideal, but at least it’s manageable. People with better ideas should share them to aid the rest of us.

But whatever the case is called, thanks to the hard work of Paul Clement, NRA, NYSRPA, and others, we now have what is as of the time of this writing the highest-profile case for October Term 2019, which is likely to be decided just months before voters decide whether to grant President Donald Trump a second term in the White House.

Ken Klukowski is a member of the Executive Committee of the Federalism and Separation of Powers Practice Group. Follow him on Twitter @kenklukowski. 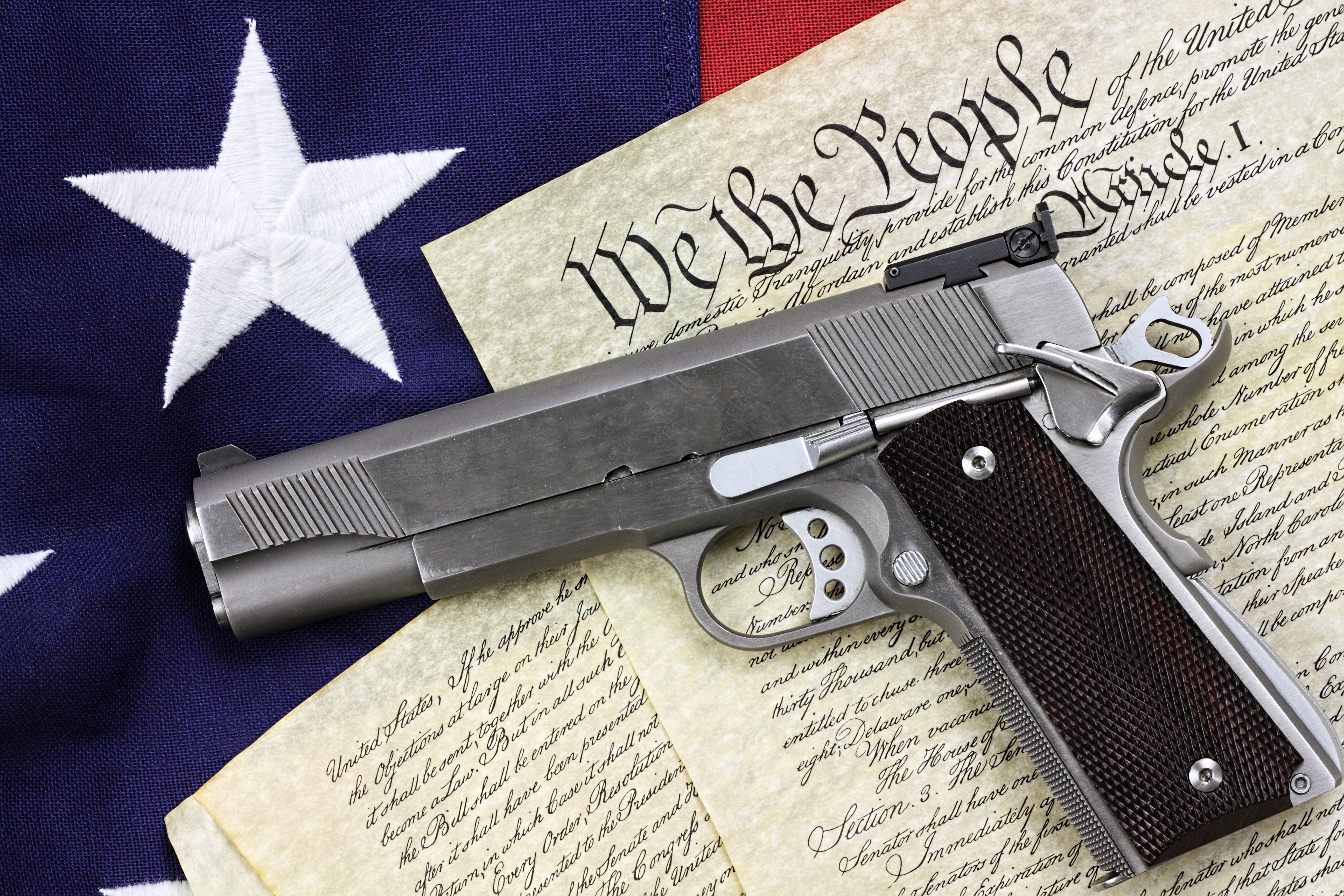