In 2008, Georgia enacted the Qualified Educational Tax Credit Program in an effort to expand educational opportunities for schoolchildren. Similar to programs in 17 other states, individual and corporate donors in Georgia can receive a dollar-for-dollar credit against their state income tax liability in exchange for contributions to qualified, nonprofit Student Scholarship Organizations that aid families in paying tuition at qualified private schools of their choice.

Opponents of school choice challenged the program, claiming that it violates three provisions of the state constitution: one prohibiting public aid to religious institutions, another forbidding the public disbursement of “gratuities,” and the third governing how public funds can be expended for scholarship programs. The Georgia Supreme Court rejected all three claims for the same reason: tax credits are not public funds.

More than a decade ago, the U.S. Supreme Court ruled that publicly funded K-12 school vouchers—even when used at a religious school—are constitutional under the First Amendment. In Zelman v. Simmons-Harris, petitioners argued that Cleveland’s voucher program violated the Establishment Clause because students used public funds at religious schools. However, the Court ruled that the use of public funds at a religious institution was constitutional so long as the government program was neutral with respect to religion and the funds only reached a religious institution as a result of true private choices of the program’s beneficiaries.

Nevertheless, most state constitutions contain a “Blaine Amendment” (or “No-Aid Clause”) that is often more restrictive than the First Amendment when it comes to public dollars flowing to religious schools. In Georgia, the Blaine Amendment declares that “No money shall ever be taken from the public treasury, directly or indirectly, in aid of any church, sect, cult, or religious denomination or of any sectarian institution.” High courts in Arizona and Colorado have struck down school voucher programs under similar provisions, although voucher programs have also survived Blaine Amendment challenges in Indiana and Wisconsin.  Moreover, the U.S. Supreme Court recently vacated the Colorado Supreme Court’s decision and asked the court to reconsider the case in light of its ruling in Trinity Lutheran v. Comer.

By contrast, tax-credit scholarship programs have always survived Blaine Amendment challenges. Whereas vouchers are publicly funded, tax-credit scholarships rely on private funds that flow from private donors to private nonprofits to private families to private schools. Although the petitioners in Georgia and elsewhere have claimed that tax credits constitute an indirect public expenditure, courts have consistently found that monies belonging to private individuals or corporations do not become public funds until they have “come into the tax collector’s hands.” (ACSTO v. Winn)

The Georgia Supreme Court is no exception. Relying on precedent from the U.S. Supreme Court and other state supreme courts, the Georgia Supreme Court ruled that the petitioners lacked standing because “the statutes that govern the Program demonstrate that only private funds, and not public revenue, are used.” No money ever leaves or enters the public treasury and the state exercises no control over which scholarship organizations donors choose to support or at which schools parents choose to spend their scholarship funds. Rather, the Court explained:

Individuals and corporations chose the [scholarship organizations] to which they wish to direct contributions; these private [scholarship organizations] select the student recipients of the scholarships they award; and the students and their parents decide whether to use their scholarships at religious or other private schools. The State controls none of these decisions. Nor does it control the contributed funds or the educational entities that ultimately receive the funds.

Petitioners’ Gratuities Clause and Educational Assistance challenges failed for the same reason. The Gratuities Clause states that “the General Assembly shall not have the power to grant any donation or gratuity or to forgive any debt or obligation owing to the public,” but the state cannot donate nor give as a gratuity that which it does not own. Likewise, the Educational Assistance section of the Georgia Constitution governs how “public funds may be expended” for “grants, scholarships, loans, or other assistance to students and to parents of students for educational purposes,” but it does not govern how private funds may be expended for such purposes.

Although the petitioners alleged that they had standing because the tax credits increased their tax burden, the Court dismissed their claim as “purely speculative.” Indeed, there is evidence to suggest that the program actually reduces expenditures by more than it reduces revenue because it relieves the state of the duty to provide funding for scholarship students to attend public schools. A study of a similar program in neighboring Florida found that for every $1 in revenue reduced as a result of the tax credits, the state saved $1.44 in expenditures. Moreover, even if the tax credits had a net negative effect, the Court held that “it requires pure speculation that lawmakers will make up any shortfalls in revenue by increasing the plaintiffs’ tax liability” rather than, say, reduce the budget.

Likewise, the Court refused to indulge the petitioners’ desire that the Court adopt “tax expenditure analysis,” a theory that equates tax benefits with direct state appropriations. The petitioners pointed to the Budget Act, which defines a “tax expenditure” as “any statutory provision which exempts, in whole or in part, any specific class or classes of . . . income . . . from the impact of established state taxes, including but not limited to tax deductions, tax allowances, tax exclusions, tax credits, preferential tax rates, and tax exemptions.” This might make sense from a budgetary perspective, but ruling that such tax benefits constituted “tax expenditures” from a constitutional perspective would implicate the state’s longstanding tax deductions for donations to charitable organizations (including religious ones) as well as the state’s property tax exemptions for houses of worship. Noting that even the petitioners “acknowledge they are not advocating this result,” the Court found that none of these tax benefits result in anyone’s property becoming the property of the state. Instead, the Court agreed with the Arizona Supreme Court, which rejected tax expenditure analysis because “under such reasoning all taxpayer income could be viewed as belonging to the state because it is subject to taxation by the legislature.”

Gaddy may well signal the beginning of the end for Blaine Amendment challenges to tax-credit scholarship programs. In addition to Georgia, the U.S. Supreme Court and state supreme courts in Alabama, Arizona, Florida, and New Hampshire have rejected such challenges and the “tax expenditure analysis” upon which they rely. Moreover, a trial court in Montana recently sided with the Institute for Justice, which sued the state’s Department of Revenue for unilaterally excluding religious schools from receiving tax-credit scholarships, claiming that the state constitution demanded it. Yet again, the court explicitly rejected tax expenditure analysis and ordered the department to allow families to use tax-credit scholarships at any qualifying school of their choice, religious or secular.

Those seeking to use the courts to curtail educational choice may have to find a new approach. 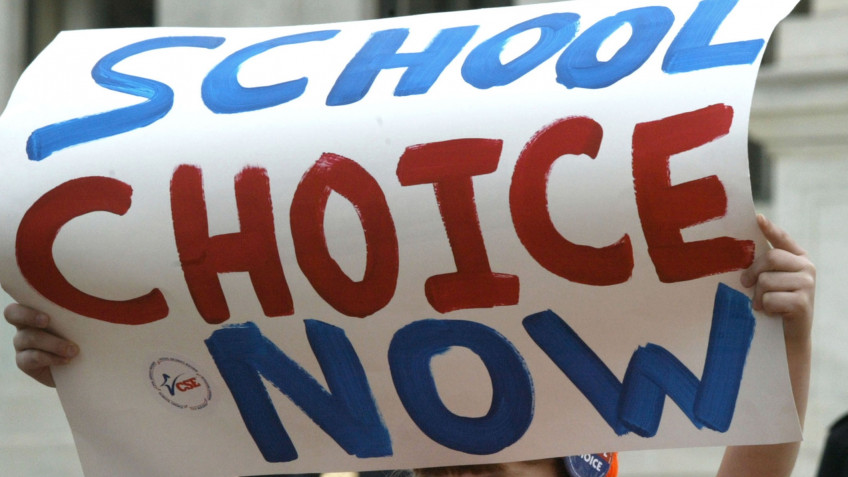