Before coming to CLEE and UC Berkeley, Professor Frank practiced law with federal and state agencies for 32 years, most of that time with the California Department of Justice. Immediately before joining Berkeley Law, he served as California's Chief Deputy Attorney General for Legal Affairs.

In 2006, Governor Schwarzenegger appointed Frank to the Delta Vision Task Force, an advisory body asked to develop policy recommendations for the Governor and Legislature, addressing environmental problems confronting the California Delta. He served in that capacity in 2007-08. In May 2009, the Chair of the California Air Resources Board appointed Frank Vice Chair of the Economic Allocation & Advisory Committee, an advisory body formed to assist the Air Resources Board in implementing California's landmark Global Warming Solutions Act (AB 32). 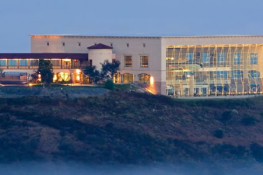 Fish, Farmers, and the Constitution

Federalism, the Environment, Land Use, and Energy Independence - Event Audio/Video

Some states have criticized Washington overreach on a number of energy and environmental issues, from...

On March 21, 2012, the unanimous Supreme Court handed down its decision in Sackett v....