Professor Margulies also has an extensive background in immigration law and has represented Haitian refugees and conducted outreach to community legal service providers.

Peter Marguiles teaches Immigration Law, National Security Law and Professional Responsibility.  He has filed amicus briefs in high-visibility cases with the U.S. Supreme Court and has been frequently cited in the New York Times, the National Law Journal and other media outlets.

National Security, the U.N., and the Extraterritorial Application of Treaties 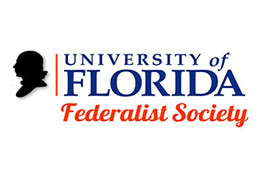 What the Future Holds: Balancing Law, Liberty, and National Security

The International Law and Policy of Counterterrorism - Event Audio/Video

As ISIS, al Qaeda and its offshoots, and other groups spread terror across the globe,...

This panel will address the ongoing debate regarding trying, convicting and punishing suspected terrorists. Should...

National Security, the U.N., and the Extraterritorial Application of Treaties - Podcast

The United States Government has consistently interpreted the International Covenant on Civil and Political Rights...

In the 12 years since 9/11, as the national security threat matrix has become increasingly...