Noah Feldman specializes in constitutional studies, with a particular emphasis on the relationship between law and religion, free speech, constitutional design, and the history of legal theory. Felix Frankfurter Professor of Law at Harvard Law School, he is also a Senior Fellow of the Society of Fellows at Harvard. In 2003 he served as senior constitutional advisor to the Coalition Provisional Authority in Iraq, and subsequently advised members of the Iraqi Governing Council on the drafting of the Transitional Administrative Law or interim constitution. He received his A.B. summa cum laude in Near Eastern Languages and Civilizations from Harvard University in 1992. Selected as a Rhodes Scholar, he earned a D.Phil. in Oriental Studies from Oxford University in 1994. From 1999 to 2002, he was a Junior Fellow of the Society of Fellows at Harvard. Before that he served as a law clerk to Justice David H. Souter of the U.S. Supreme Court (1998 to 1999) and to Chief Judge Harry T. Edwards of the U.S. Court of Appeals for the D.C. Circuit (1997 to 1998). He received his J.D. from Yale Law School in 1997, serving as Book Reviews Editor of the Yale Law Journal. He’s the author of eight books: The Three Lives of James Madison: Genius, Partisan, President (Random House, 2017); Cool War: The Future of Global Competition (Random House, 2013); Scorpions: The Battles and Triumphs of FDR’s Great Supreme Court Justices (Twelve Publishing, 2010); The Fall and Rise of the Islamic State (Princeton University Press, 2008); Divided By God: America's Church-State Problem and What We Should Do About It (Farrar, Straus & Giroux 2005); What We Owe Iraq: War and the Ethics of Nation building (Princeton University Press 2004); and After Jihad: America and the Struggle for Islamic Democracy (Farrar, Straus & Giroux 2003. He also co-authored two textbooks with Kathleen Sullivan: Constitutional Law, Twentieth Edition (Foundation Press, Fall 2019) and First Amendment (Foundation Press, 2016). 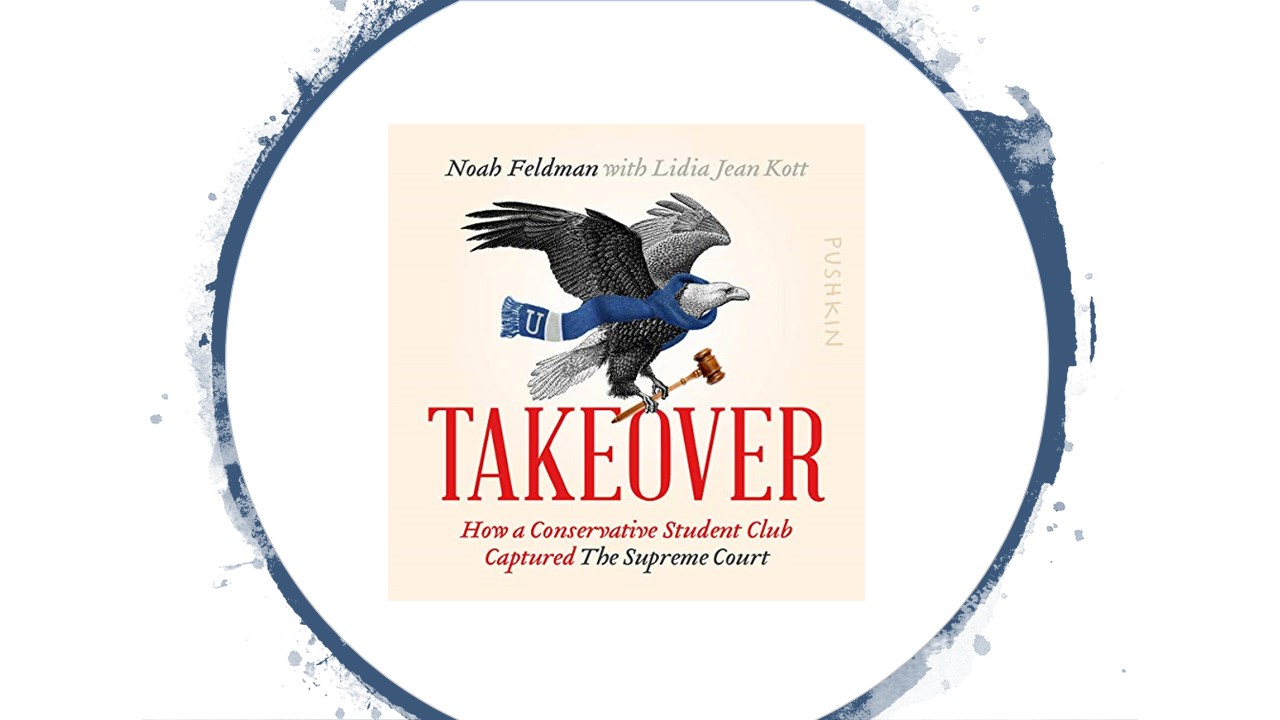