Mitch McConnell is the Senate Majority Leader. Elected to that position unanimously by his Republican colleagues first in 2014 and again in 2016, he is only the second Kentuckian to ever serve as Majority Leader in the U.S. Senate. The first, Senator Alben Barkley, led the Democrats from 1937 to 1949.

Senator McConnell has served, again by the unanimous vote of his colleagues, as the Republican Leader since the 110th Congress. He is the longest-serving Senate Republican Leader in the history of the United States. McConnell previously served in leadership as the Majority Whip in the 108th and 109th Congresses and as chairman of the National Republican Senatorial Committee during the 1998 and 2000 election cycles.

McConnell has been called “the most conservative leader of either party in the history of the Senate.” He has also earned a reputation as a “master tactician” for permanently locking in critical tax relief for working families and small businesses, and putting in place the most significant spending reduction legislation in a generation.

He has received praise from numerous media outlets for his work as Senate Majority Leader, and in 2015 TIME Magazine named McConnell one of the 100 Most Influential People in the World.

First elected to the Senate in 1984, McConnell is Kentucky’s longest-serving senator. He made history that year as the only Republican challenger in the country to defeat an incumbent Democrat and as the first Republican to win a statewide Kentucky race since 1968. On November 4, 2014, he was elected to a record sixth term by receiving broad support across Kentucky, winning 110 of the Commonwealth’s 120 counties.

McConnell worked as an intern on Capitol Hill for Senator John Sherman Cooper before serving as chief legislative assistant to Senator Marlow Cook and as Deputy Assistant Attorney General to President Gerald Ford.

Before his election to the Senate, he served as judge-executive of Jefferson County, Kentucky, from 1978 until he commenced his Senate term on January 3, 1985.

McConnell currently serves as a senior member of the Appropriations, Agriculture and Rules Committees. He is the proud father of three daughters.

McConnell is married to Secretary Elaine L. Chao, the 18th U.S. Secretary of Transportation. Previously, Secretary Chao served for eight years as President George W. Bush’s U.S. Secretary of Labor. She is also a former president of the United Way of America and director of the Peace Corps. 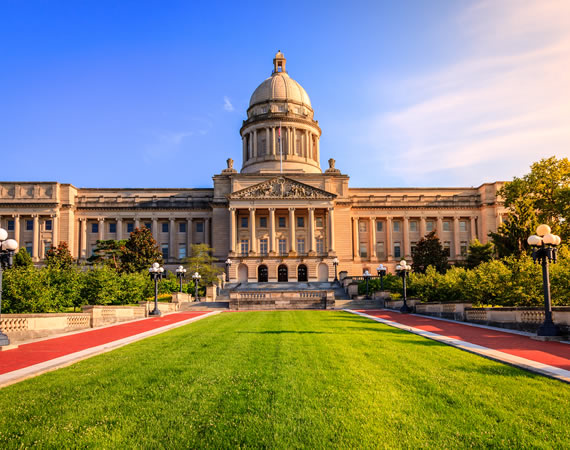 On October 7, 2019, The Federalist Society hosted a conversation between Senate Majority Leader Mitch...

On October 7, 2019, The Federalist Society hosted a conversation between Senate Majority Leader Mitch...