The Future of U.S. Constitutional Law in the Supreme Court

Changing the Federal Rules of Civil Procedure: Has the Time Come? 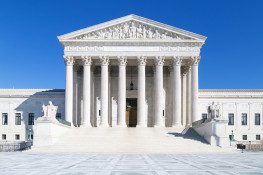 The People and the Judiciary

The Obstruction of Justice

Changing the Federal Rules of Civil Procedure: Has the Time Come? - Event Audio/Video

Pleading standards have been one area of concern in recent years for the U.S. Supreme...

The Obstruction of Justice - Event Audio/Video

Every few months, a highly visible public figure or government official becomes embroiled in a...