Professor Allen is the John Henry Wigmore Professor of Law at Northwestern University, in Chicago, IL. He did his undergraduate work in mathematics at Marshall University and studied law at the University of Michigan. He is an internationally recognized expert in the fields of evidence, procedure, and constitutional law. He has published five books and approximately eighty articles in major law reviews. The New York Times referred to him as one of nation's leading experts on evidence and procedure. He has been quoted in national news outlets hundreds of times, and appears regularly on national broadcast media on matters ranging from complex litigation to constitutional law to criminal justice.

He is a member of the American Law Institute, has chaired the Evidence Section of the Association of American Law Schools, and was Vice-chair of the Rules of Procedure and Evidence Committee of the American Bar Association's Criminal Justice Section. He has served as a Commissioner of the Illinois Supreme Court, assigned to the Attorney Registration and Disciplinary Commission. He is presently on the Boards of the Constitutional Rights Foundation-Chicago, and the Yeager Society of Scholars of Marshall University. He is, or has served, on various boards and committees of civic and cultural institutions in Chicago.

Changing the Federal Rules of Civil Procedure: Has the Time Come? 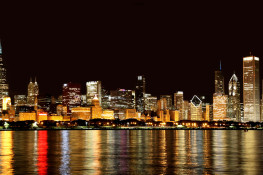 How to Think About Errors, Costs, and Their Allocation

Note from the Editor: In December 2010, the Federalist Society heard from a number of...

Changing the Federal Rules of Civil Procedure: Has the Time Come? - Event Audio/Video

Pleading standards have been one area of concern in recent years for the U.S. Supreme...

The Federalist Society's Student Division presented this panel at the 2007 Annual Student Symposium on...