James Y. Stern joined the William & Mary faculty in 2013. His scholarship centers on property and private law theory, intellectual property, and conflict of laws. His articles have been selected for publication in the California Law Review, the Harvard Law Review, and the Virginia Law Review. He currently teaches Torts, the Intellectual Property Survey Course, and an advanced property seminar. He was awarded the Temple Bar Scholarship by the American Inns of Court Foundation in 2011 and is an honorary member of the Commercial Bar Association for England and Wales.

Professor Stern clerked for Justice Anthony Kennedy on the U.S. Supreme Court and for Judge J. Harvie Wilkinson on the U.S. Court of Appeals for the Fourth Circuit. He received his J.D. from the University of Virginia, where he was awarded the Traynor Prize for the best paper by a graduating student and named a John M. Olin Law and Economics Fellow. He was inducted into the Order of the Coif and the Raven Society, the university’s principal academic honor association.

Professor Stern received his undergraduate degree from Harvard, where he studied American history and literature and wrote his honors thesis on the influence of Friedrich Nietzsche on H.L. Mencken. He was awarded the John Harvard Scholarship and was selected to serve as the Harvard-Shrewsbury Fellow upon graduation. 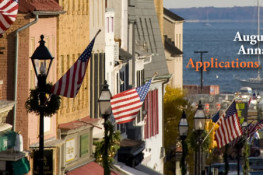 7 Minute Presentations of Works in Progress Panel 2-B

This panel will consider to what extent the disproportionate increase in income among the very...

This panel will consider to what extent the disproportionate increase in income among the very...