On June 17, 2019, the Supreme Court decided Gamble v. United States, a case challenging the validity of the "separate sovereigns" exception to the Double Jeopardy Clause of the U.S. Constitution’s Fifth Amendment.

In 2015 Terance Gamble, who had previously been convicted of second-degree robbery in Alabama state court, pleaded guilty in state court to possessing a firearm in violation of Alabama’s law against firearm possession by anyone convicted of a “crime of violence.”  Federal prosecutors thereafter relied on the same facts to charge Gamble with violating the federal statute that forbids convicted felons to possess a firearm. Gamble moved to dismiss the federal charge, arguing that the Double Jeopardy Clause precluded a second conviction for essentially the same offense. The district court and the U.S. Court of Appeals for the Eleventh Circuit rejected Gamble’s argument due to the “dual sovereignty” or “separate sovereigns” doctrine, which holds that two offenses are not the same for Double Jeopardy purposes when pursued by separate (here, state and federal) sovereigns.  The Supreme Court granted certiorari to determine whether the separate sovereigns doctrine should be overturned.

By a vote of 7-2, the Supreme Court affirmed the judgment of the Eleventh Circuit.  Justice Alito delivered the opinion of the Court, declining to overturn the dual sovereignty doctrine.  His majority opinion was joined by Chief Justice Roberts and Justices Thomas, Breyer, Sotomayor, Kagan, and Kavanaugh joined. Justice Thomas filed a concurring opinion. Dissenting opinions were filed by Justice Gorsuch and Justice Ginsburg.

To discuss the case, we have Clark Neily,  Vice President for Criminal Justice at the Cato Institute. 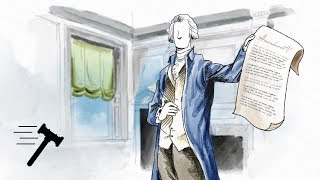