On October 2, 2019, the Federalist Society hosted a panel discussing the current composition and the future of the Supreme Court. October 7th marked the first day of oral arguments for the 2019 Supreme Court term. The Court's docket already includes major cases involving criminal law, sex discrimination, copyright, DACA and immigration, federal Indian law, and matters of constitutional structure. The full list of cases granted thus far for the upcoming term can be viewed on SCOTUSblog. The panelists will also discuss the current composition and the future of the Court. 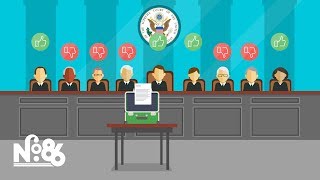