Koren W. Wong-Ervin is the Director of Intellectual Property and Competition Policy at Qualcomm Incorporated. She is also a Senior Expert and Researcher at the Competition Law Center of China’s University of International Business and Economics.

Prior to joining Qualcomm, Professor Wong-Ervin was the Director of the Global Antitrust Institute (GAI) and an Adjunct Professor of Law at Antonin Scalia Law School at George Mason University. While leading the GAI, Ms. Wong-Ervin trained over 300 foreign judges and competition enforcers in antitrust economics, and submitted over twenty comments to foreign countries on their draft laws and regulations.

Prior to that, she served as Counsel for Intellectual Property and International Antitrust in the Office of International Affairs at the U.S. Federal Trade Commission, where she focused on issues at the intersection of antitrust and intellectual property. She also served as an Attorney Advisor to Federal Trade Commissioner Joshua D. Wright. Prior to working at the Commission, Ms. Wong-Ervin spent almost a decade in private practice, focusing on antitrust litigation and government investigations with a particular focus on issues affecting clients in the technology and financial industries.

Ms. Wong-Ervin is a frequent author and speaker on issues at the intersection of antitrust and intellectual property. She currently serves on the American Bar Association (ABA) Section of Antitrust Law’s International Task Force and Due Process Task Force, and was previously co-chair of the ABA’s 2016 Antitrust in Asia Conference. From 2012 to 2015, she served as a vice chair of the Intellectual Property Committee within the Section of Antitrust Law. Prior to that, she served on the editorial boards of Antitrust Law Developments (7th edition), the leading two-volume antitrust treatise, and the 2003 Annual Review of Antitrust Law Developments, an annual supplement to the fifth edition of the treatise. Ms. Wong-Ervin is also co-editor of Competition Policy International’s North America Column. She also serves as co-chair for the Federalist Society’s Antitrust and Consumer Protection working group for the Law and Innovation Project.

Antitrust Regulation of the Use of Intellectual Property 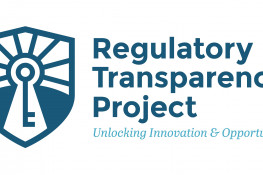 Should You Need a License to Massage a Horse?

Every state has laws or regulations that require individuals seeking to offer a certain service...

Occupational Licensing and the American Dream

More than a quarter of the American labor force requires a state license to work,...

Note from the Editor: This article discusses the controversial topic of intellectual property in standard...