Hal S. Scott is the Nomura Professor and Director of the Program on International Financial Systems (PIFS) at Harvard Law School, where he has taught since 1975.

He teaches courses on Capital Markets Regulation, International Finance, and Securities Regulation. He has a B.A. from Princeton University (Woodrow Wilson School, 1965), an M.A. from Stanford University in Political Science (1967), and a J.D. from the University of Chicago Law School (1972). In 1974-1975, before joining Harvard, he clerked for Justice Byron White.

Professor Scott is the Director of the Committee on Capital Markets Regulation, a bi-partisan non-profit organization dedicated to enhancing the competitiveness of U.S. capital markets and ensuring the stability of the U.S. financial system via research and advocacy. He is also a member of the Bretton Woods Committee, a member of the Market Monitoring Group of the Institute of International Finance, a past independent director of Lazard, Ltd. (2006-2016), a past President of the International Academy of Consumer and Commercial Law and a past Governor of the American Stock Exchange (2002-2005). 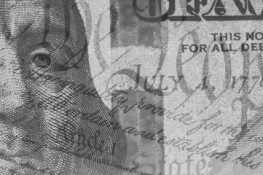 Dodd Frank and the Dangers of Reform

Concern with “the regulatory state" often focuses on reforms to formal institutional structures and legal...

Concern with “the regulatory state" often focuses on reforms to formal institutional structures and legal...