Arthur D. Hellman, a professor of law at the University of Pittsburgh, is a nationally recognized scholar of the federal courts who has also written in the area of the First Amendment. His publications include numerous articles and several books, including casebooks in both areas, Federal Courts: Cases and Materials on Judicial Federalism and the Lawyering Process (3d edition 2013) (with Lauren Robel and David Stras); and First Amendment Law: Freedom of Speech and Freedom of Religion (3d edition 2014) (with William D. Araiza and Thomas E. Baker).

In addition to his casebooks and academic writing, Processor Hellman has worked with the Judiciary Committees in the House and Senate in drafting federal courts legislation. The legislative histories of two recent jurisdictional statutes – the Federal Courts Jurisdiction and Venue Clarification Act of 2011 and the “Holmes Group Fix” (enacted as part of the America Invents Act) acknowledge his contributions.

Professor Hellman has also testified as an invited witness at numerous hearings of both Judiciary Committees. His testimony has focused on a wide variety of legislative issues related to the federal courts, including the jurisdiction of the Supreme Court; proposals to divide the Ninth Circuit Court of Appeals; federal judicial discipline; unpublished appellate opinions; and the constitutionality of legislative restrictions on the powers of the federal courts.

In 2005 Professor Hellman was appointed as the inaugural holder of the Sally Ann Semenko Endowed Chair at the University. In 2002 he received the Chancellor’s Distinguished Research Award “as a faculty member who has an outstanding and continuing record of research and scholarly activity.” He received his JD from Yale University Law School and his BA from Harvard University. 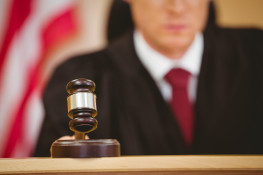 Show Me the Money: Regulation of Political Speech

Lessons from the Sotomayor Confirmation Hearings

“Those who won our independence," Justice Brandeis wrote nearly a century ago, “eschewed silence coerced...

“Those who won our independence," Justice Brandeis wrote nearly a century ago, “eschewed silence coerced...

The Fraudulent Joinder Prevention Act of 2016: A New Standard and a New Rationale for an Old Doctrine

Note from the Editor: This article discusses the doctrine of fraudulent joinder and an ongoing attempt to...