On Nov. 5, 2019, the U.S. Supreme Court heard argument in Allen v. Cooper, which involves a dispute over the way state sovereign immunity and federal copyright law interact when an author alleges state infringement of that author’s federal copyright.

Petitioner Frederick Allen and his company, Nautilus Productions, contend that North Carolina violated their federal copyrights by publishing video and photographic footage that Allen had taken of the pirate Blackbeard’s sunken flagship, Queen Anne’s Revenge.  Allen also challenges the validity of a recently passed North Carolina statute providing that photographs and video recordings of shipwrecks in the custody of North Carolina are public records.  This law, he contends, was enacted in bad faith to undermine his copyright claim.

Allen and Nautilus sued North Carolina and various of its officials in federal district court.  Although the district court rejected defendants’ invocation of sovereign immunity from suit, the U.S. Court of Appeals for the Fourth Circuit reversed that judgment, concluding that the Copyright Remedy Clarification Act does not validly abrogate Eleventh Amendment sovereign immunity, which ultimately shields respondents from all of Allen’s and Nautilus’s claims. 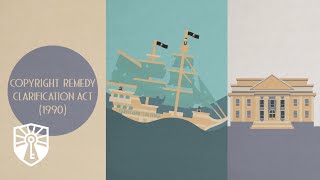