In 1996, a private researcher hired petitioner Frederick Allen and his company, Nautilus Productions, LLC, to document the recently discovered shipwreck of Blackbeard’s Queen Anne’s Revenge, which ran aground at Beaufort, North Carolina, in 1718. Allen documented the shipwreck for nearly twenty years in photographs and videos and registered his works with the U.S. Copyright Office.

At some point before October 2013, the state of North Carolina posted various of the copyrighted works of Allen online without his permission. In October 2013, the state and other involved parties entered into a settlement agreement with Allen and his company, paying him for the infringement of his works and agreeing not to infringe the works going forward. At the time, the state removed its infringing works, but shortly afterward, it again posted and published Allen’s works. The state then passed “Blackbeard’s Law,” which purportedly converted Allen’s works into “public record” materials that the state could use freely.

Allen sued the state for copyright infringement, and the state moved to dismiss on the grounds of sovereign immunity under the Eleventh Amendment of the U.S. Constitution. Allen argued that the Copyright Remedy Clarification Act (CRCA)—which defines potential infringers of copyright to include “any State, any instrumentality of a State, and any officer of a State or instrumentality of a State acting in his or her official capacity”—abrogates state sovereign immunity for copyright infringement claims.

The district court denied the motion to dismiss, finding persuasive Allen’s arguments regarding the CRCA’s abrogation of sovereign immunity. The Fourth Circuit reversed, finding that Congress lacked authority to abrogate state sovereign immunity via the CRCA.

The wreck of the Queen Anne’s Revenge, a ship captained by Blackbeard that sank in... 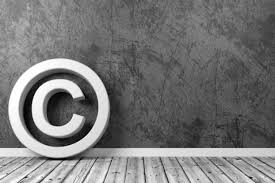