Below is a conversation with author Joseph Tartakovsky about his new book, The Lives of the Constitution: Ten Exceptional Minds that Shaped America’s Supreme Law. We invite you to join us for a Teleforum discussion on the book with the author at 2:00 PM ET on June 7, 2018, and to consider purchasing a copy of your own.

Q:  What led you to write this book?

A:   I’m a lawyer and a historian who wanted to show how we Americans have thrived now for nine generations under our Constitution. The answer, I find, is in our unique constitutional culture, a deep and instinctive loyalty to certain principles, customs, and sentiments. Most countries today imitate our Constitution—beginning with a “We, the people of Mongolia” or “We, the Polish Nation”—but we know that constitutional texts, without a culture to honor those texts, are just hollow words. We should be proud of our Constitution and its longevity. This book recounts timeless lessons for how our Constitution got us through crisis after crisis over the last 230 years.

Q:  There are many books on the U.S. Constitution. How is yours different?

A:  Many books on the Constitution are recitations of the great court cases or discourses on theories of constitutional interpretation. Mine is different because I believe that the story of our Constitution cannot be told merely as an account of a legal document. It must be told as a story of human beings. I try to follow, humbly, the biographical method of Plutarch on the Greeks and Romans, Samuel Johnson on the English poets, or Lytton Strachey on the Victorians, all of whom proved that you could best capture a civilization by following some of its prominent members in their adventures through it. You can't understand Hamilton's constitutional thought, for instance, without first understanding his wartime service. The Lives of the Constitution, so far as I know, is the first book to take this approach.

Q:  Who are the ten figures?

A:  Alexander Hamilton was an island orphan who enlisted in the American cause, led the drive for a new Constitution, then breathed life into it as George Washington’s most trusted advisor in its shaky first years. James Wilson was a Scottish immigrant whose blazing intellect made him James Madison’s equal at the Constitution’s drafting and ratification in 1787 and 1788. The heavy-browed Daniel Webster defended the Constitution as a politician in the first generation to follow the framers. Stephen Field, a Gold Rush lawyer who became a fiery Supreme Court Justice, presided in the heady days when post–Civil War America first flexed its industrial might.

I bring in two Europeans to examine us and our Constitution in the searching way that only foreigners can: Alexis de Tocqueville, in the first half of the 19th century, and James Bryce, in the second. Woodrow Wilson, hard-driving and prolific, took the White House in 1912 at the height of a reordering of American law now called the Progressive Era. Ida Wells-Barnett was a one-woman army who fought a lonely moral and journalistic war against anti-black violence and misogyny between Reconstruction and the Jazz Age.

Robert Jackson was a dapper and quite deadly lawyer who offered the most enduring defenses of President Franklin Delano Roosevelt’s crisis powers during the Great Depression and Second World War. And the late Antonin Scalia, son of a Sicilian immigrant, was a Supreme Court Justice whose feisty brilliance defined today’s battle lines over the Constitution.

Q:  How did you pick these ten people as subjects?

A:   I wanted figures whose lives span the entirety of our constitutional existence, from the chaotic 1780s before the Constitution was written to the age of Obama and Trump. Some are famous, some not. I tried to recount the unknown stories and curious incidents that make our constitutional odyssey so irresistible, whether in dusty, gambler-ridden courtrooms in California in the 1850s to in the marble palace of the U.S. Supreme Court. Each figure made an extraordinary contribution to drafting, amending, interpreting, or challenging the Constitution—and, above all, each teaches us things that, I think, we’ve often forgotten.

Q:   What advice do your figures have for Americans today?

A:    First, the best antidote to hysteria is a good dose of history. The Constitution has been pronounced dead more or less constantly since the beginning of the republic. The past gives us a sense of proportion and a chance to avoid repeating our worst mistakes. Second, self-government gives us more than any other form of government, but it also requires more of us, too. James Wilson—the most important founder you never heard of—taught that we had a duty to cherish the Constitution, if we wanted it to last. “There is not in the whole science of politics a more solid or a more important maxim than this,” he said, “that of all governments, those are the best, which, by the natural effect of their constitutions, are frequently renewed or drawn back to their first principles.” 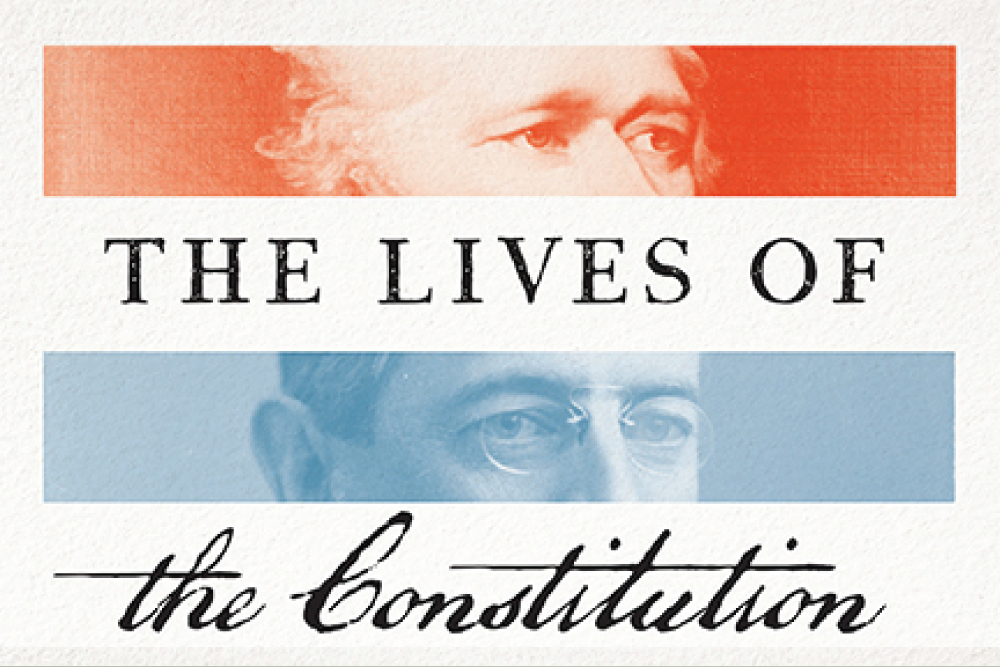