Kurt Lash’s review of my new book ably restates his own position, which has become conventional wisdom among originalists: that the Privileges or Immunities Clause of the Fourteenth Amendment incorporates the Bill of Rights against the states. Unfortunately, the review less ably conveys the argument against this view, which it is the objective of my new book to put forward. Lash claims that, in largely ignoring the stories and statements of John Bingham and Jacob Howard, I have produced something akin to “Hamlet without the Prince.” That may be, if Hamlet is what we’re reading. But the central argument of my book is that the key to understanding the Fourteenth Amendment is the antebellum legal histories of its terms, not the legislative history in which Bingham and Howard are important players. Lash and many other contemporary Fourteenth Amendment scholars, I argue, have been reading the wrong play all along.

Although Professor Lash gives the impression that my book is mainly concerned with the legislation of the Thirty-Ninth Congress and the response to the Black Codes in the South, the book itself does much more. It is a legal history of the grand injunctions of the Fourteenth Amendment’s first section: due process of law, equal protection of the laws, and the privileges and immunities of citizenship. The book thus begins, in its first three chapters, with an examination of antebellum legal sources that elucidate the meanings of these terms, from Magna Charta in 1215 to the Petition of Right in 1628, to Blackstone’s Commentaries and finally to antebellum state and federal court cases.

The book then launches into the history of antebellum constitutional struggles which the Framers of the Fourteenth Amendment confronted: the persistent debate over whether free blacks were citizens “of the United States,” such that they were entitled to comity rights under Article IV; the widespread private violence against abolitionists, blacks, and Unionists, which was understood to be a denial of the protection of the laws; and the notorious Black Codes in the South after the Civil War, which systematically denied the newly freed men and women the same civil rights that white citizens enjoyed.

It then describes the legislation of the Thirty-Ninth Congress—the Civil Rights Act and the Second Freedmen Bureau’s Act, as well as the Privileges or Immunities Bill, all of 1866—which would have resolved these antebellum constitutional debates in favor of liberty and equality. However, the constitutionality of these acts was in doubt, and in any event the members of the Thirty-Ninth Congress wanted to enshrine their requirements in the fundamental law of the land itself, lest future Democratic majorities in Congress undo their noble work.

The Fourteenth Amendment’s terms—if they mean what I argue they do, including that the privileges or immunities clause is an antidiscrimination provision with respect to civil rights under state law—constitutionalize these pieces of legislation, solve the antebellum and postbellum constitutional struggles, and keep the same meanings they had in antebellum law.

Lash attends little to this sustained argument, and, as noted, instead gives pride of place to statements from John Bingham in the House of Representatives and Jacob Howard in the Senate. My book acknowledges, admittedly in passing, that Howard seems to have explicitly contemplated incorporating the Bill of Rights in his Senate floor speech introducing the Amendment. But that’s all there is in favor of the incorporation thesis. A single statement to which no one made any particular response.

As for John Bingham’s statements about enforcing the Bill of Rights in the states, it is true that I rely on the historical work of others who have argued that “bill of rights” was not a term of art for the first eight amendments to the Constitution until the twentieth century. But I also rely on Bingham himself, who defined the “bill of rights” as something other than the first eight amendments. Front and center in the relevant discussion in my book I quote Bingham: “[G]entlemen admit the force of the provisions in the Bill of Rights, that the citizens of the United States shall be entitled to all the privileges and immunities of citizens of the United States in the several states, and that no person shall be deprived of life, liberty, or property without due process of law.”

Bingham’s concern, then, was enforcing the Comity Clause in Article IV of the Constitution, and the Due Process Clause of the Fifth Amendment. The problem is, the Fourteenth Amendment enforced both provisions against the states without the Privileges or Immunities Clause. The Citizenship Clause declared blacks to be citizens of the United States, and as such they were automatically entitled to comity rights under Article IV. And the Fourteenth Amendment has its own Due Process Clause. The Fourteenth Amendment does enforce the bill of rights, as Bingham understood it, or at least its relevant provisions, against the states; but the Privileges or Immunities Clause has nothing to do with it.

Second, if Lash’s view of the Privileges or Immunities Clause is correct, then that clause does not constitutionalize the Civil Rights Act. Lash has therefore argued in other work that either the Equal Protection Clause or, more likely in his view, the Due Process Clause was intended to constitutionalize the Civil Rights Act and require equality in natural rights. The problem is that this view runs directly contrary to several hundred years of antebellum evidence respecting the legal meanings of “due process of law” and the “protection of the laws.” Due process of law does not define anyone’s rights at all. Those rights could be terribly unequal. But due process means that whatever rights one has by law, only the government can deprive one of them, and only by “due process”—by known laws and established procedures. The “protection of the laws” was the flip side: it was the legal protection the government gave against private interference with one’s rights, including from mob rule. Neither due process nor the protection of the laws required equality in one’s other civil rights.

Although, as I explain in a footnote, the legislative history supports the view I have articulated, my book largely eschews reliance on legislative history, which is one of Lash’s key complaints. But the reason I pursue a legal history, as opposed to a narrative about the debates in the Thirty-Ninth Congress, is precisely because it is so easy to pick and choose favorable statements from that legislative history in support of one’s position. There is simply no reason to think Bingham and Howard represented the majority view. A much surer guide would include the antebellum legal materials, the history of constitutional struggles, and the public acts of the Thirty-Ninth Congress. That is the guide to the Fourteenth Amendment that my new book provides. 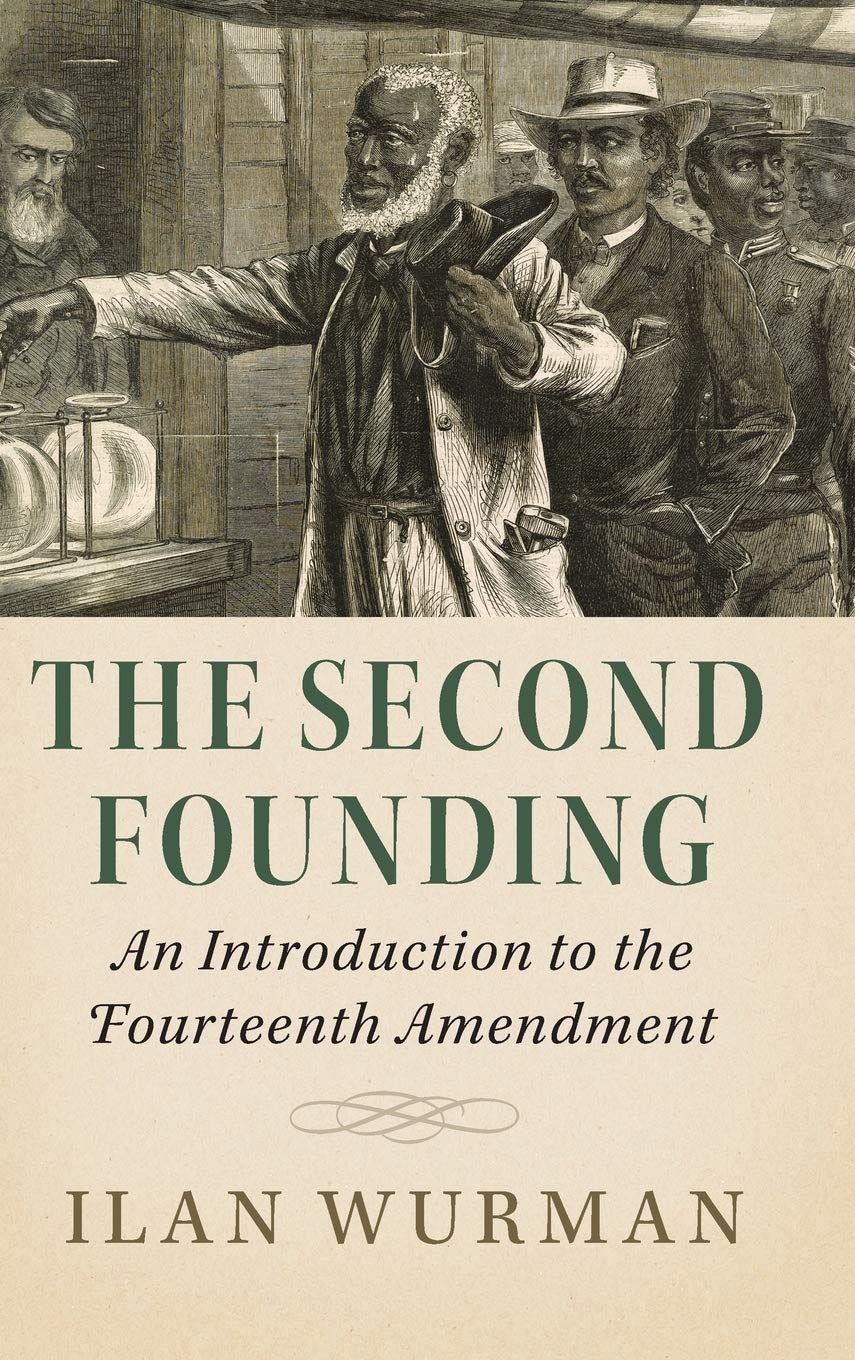