Yesterday I attended the Federalist Society’s Executive Branch Review Conference.  This is becoming a must attend, both for the quality of presentations and discussion, as for the ideas it generates.  Here are just a few nuggets of gold that I mined.  I ask your patience that I am sharing some paraphrasings, as I do not trust my notes for having the precise words spoken.  But I believe that I got the ideas correctly.

Matthew Leopold, General Counsel at the Environmental Protection Agency, commented on the issue of guidance.  It seemed to me that he got the legal, policy, and operational function right.  He said that they consider the use of agency guidance as a shield, not a sword.  In my view, this qualifies for aphorism status.  Regulatory guidance—which has not gone through the formal public rulemaking process—cannot and should not be used as a basis for enforcement action, a sword.  It can be and should be helpful to aid regulated entities in their interaction with the regulator, shedding light on what the regulator will do and will not do, eliminating surprise, effectively a statement of how an agency is binding itself, a shield, for example, against arbitrary action by the regulator.

In further discussion of guidance, Brent McIntosh, General Counsel at Treasury, was asked whether the Financial Stability Oversight Council (FSOC) could consider promoting uniformity in the approach to supervisory guidance among the members of the FSOC.  Brent said that the FSOC had not taken that up, then added that he does not see why it could not.  Several of the FSOC agencies issued a joint statement on guidance last September, but other FSOC members have not—yet.

Acting White House Chief of Staff Mick Mulvaney, in his keynote address, revealed that he has told agency heads that they are going to be judged by the President according to how much they deregulate.  He then offered a number of numerical measures of agency performance so far.

Mulvaney also shared with us a key observation drawn from both his executive branch and legislative branch experiences.  He admitted to getting astonished reactions when he tells people that the executive branch has both too much and too little authority.  He noted that Congress gives the executive branch far too much authority in the writing of regulations, its laws spelling out general goals and then leaving it to the agencies to render the details.  On the other hand, he observed, that the executive branch has been tied up in knots by Congress with regard to running the government.  He cited an example where he thought that a certain agency employee should be fired for some malfeasance; he was told, essentially, good luck with that.  He described the tangled web of legislation governing which agencies can do what with regard to regulation of food.

There was more that I mined from other speakers and other sessions, but these are some nuggets.  The presentations are available for viewing.  Have a look.  And plan to go next year. 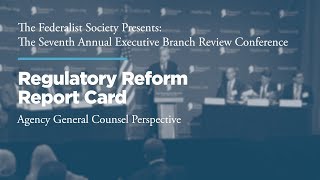 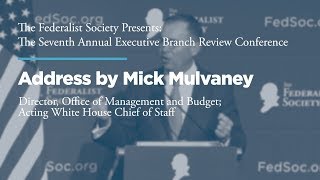