The en banc Seventh Circuit recently held that the First Amendment prohibits a minister from suing his employer, a parish, under a hostile-work-environment theory. The Supreme Court has already recognized in Hosanna-Tabor Evangelical Lutheran Church & School v. EEOC and Our Lady of Guadalupe v. Morrissey-Berru a ministerial exception, which, as emphasized in Our Lady, requires courts “to stay out of employment disputes involving those holding certain important positions with churches and other religious institutions.” As explained in Our Lady, “a church’s independence . . . requires the authority to select, supervise, and if necessary, remove” certain key employees “without interference by secular authorities.” But Hosanna-Tabor and Our Lady both concerned employment disputes alleging wrongful termination. The Supreme Court has not yet had the opportunity to address whether the ministerial exception bars a minister’s claim of a hostile work environment, rather than wrongful termination.

In Demkovich v. St. Andrew the Apostle Parish, the Seventh Circuit en banc held that the ministerial exception does bar a hostile-work-environment claim. There, a parish music director, who conceded that he is a ministerial employee, first filed suit based on wrongful termination. The court dismissed it based on the ministerial exception. He then repackaged his claims as based on “hostile work environment” rather than wrongful termination or some other “tangible” employment action. A divided Seventh Circuit panel held that the ministerial exception did not apply and adopted a rigid categorical distinction between employment discrimination claims based on hostile work environment and those based on firing or other “tangible employment actions.” Because the allegations were all speech-based, the panel emphasized that the music director’s boss, “Reverend Dada[,] could have chosen to express Church doctrine on same-sex marriage, or to exercise his supervisory powers, in non-abusive ways that would not add up to a hostile environment.” The panel’s approach effectively would require courts to police how a senior minister expresses church doctrine to a subordinate minister. We filed an amicus brief in support of the petition for rehearing en banc on behalf of a group of religious-liberty scholars. We have previously written, along with our colleagues, about some arguments raised in our brief and rejoinders by other amicus briefs, as well as the oral argument in this case.

The en banc Seventh Circuit repudiated the panel’s arbitrary distinction between hostile-work-environment claims and wrongful-termination claims. The court emphasized the “rich lineage” in American jurisprudence of church autonomy, which rejects judicial “intrusion into the religious sphere.” This church-autonomy principle “means what it says: churches must have ‘independence in matters of faith and doctrine and in closely linked matters of internal government.’” Although Hosanna-Tabor and Our Lady “involved allegations of discrimination in termination, their rationale is not limited to that context. The protected interest of a religious organization in its ministers covers the entire employment relationship, including hiring, firing, and supervising in between.”

Adjudicating Demkovich’s claims “would also lead to impermissible intrusion into, and excessive entanglement with, the religious sphere” by, among other things, interfering “with a religious organization’s internal governance.” Demkovich’s allegations about what “one minister says in supervision of another could constitute stern counsel to some or tread into bigotry to others. How is a court to determine discipline from discrimination? Or advice from animus?” “These questions and others like them cannot be answered without infringing upon a religious organization’s rights.” On this point, the court cited the amicus brief of religious-liberty scholars, which argued that allowing ministers to bring hostile-work-environment claims infringes on churches’ “First Amendment rights by requiring courts to police the expression of ‘offensive’ or ‘hostile’ ideas among ministers.” That is so because a hostile-work-environment claim like the one here—which focuses on speech between a senior minister and a junior minister—necessarily restricts speech that secular courts deem “hostile” or “offensive,” and thus constitutes “a viewpoint-discriminatory ban on speech.” The amicus brief also pointed out the risk that allowing such actions may “lead to significant judicial interference in the supervision and training of ministerial employees,” as churches may have no choice but “to adopt a government-imposed regimen of ‘anti-harassment training’ to govern interactions among clergy and other ministers.”

Three judges dissented, arguing that “‘neutral, secular principles’ of law should apply here, as in ‘property, contract, tax, or tort’ cases.” The majority responded to this assertion by distinguishing between tort claims against churches, which regulate “outward physical acts,” and employment-discrimination claims against churches, which concern “the faith and mission of the church itself.” The majority’s reasoning echoes a point made in the previously mentioned amicus brief, which distinguished between tort actions, which concern outward physical acts, and employment claims, which “intrude on religious autonomy by inviting courts to probe the subjective reasons behind ministerial employment decisions.” 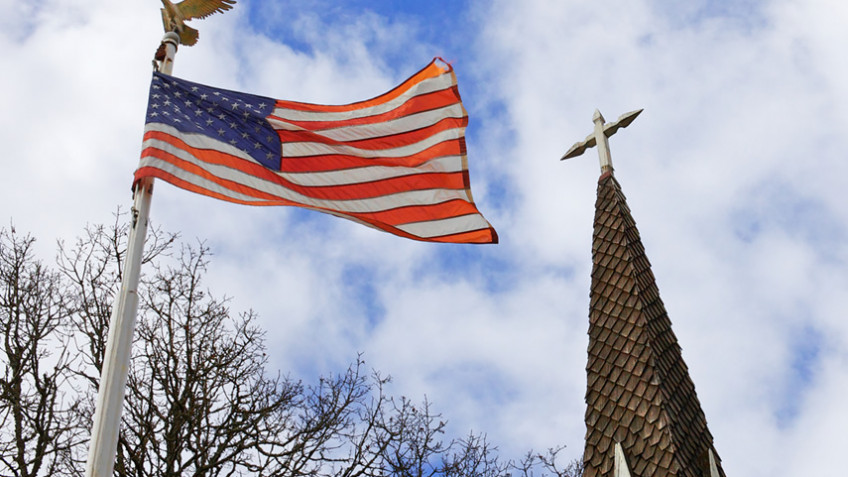