Jonathan S. Adelstein is the President & Chief Executive Officer of WIA–The Wireless Infrastructure Association.  WIA represents over 200 companies devoted to building wireless broadband facilities that connect every corner of America.  Since he became President in 2012, over 100 new members have joined the association, the annual wireless infrastructure show has broken participation records, a new association was formed in Europe, and a new nationwide training initiative and WIA PAC were launched.  WIA is the principal organization representing the companies that build, design, own and manage telecommunications facilities throughout the world.  Its over 200 members include carriers, infrastructure providers and professional services firms, with a combined market cap of over $400 billion.

Mr. Adelstein served as Commissioner of the Federal Communications Commission (FCC) from 2002 to 2009, for which he was twice nominated by President George W. Bush and confirmed by the U.S. Senate.   At the FCC he achieved bipartisan progress on issues including broadband expansion, widening access to the Internet and media diversity.

In 2009, following the FCC, Mr. Adelstein was nominated by President Barack Obama and confirmed by the Senate to serve as the Administrator of U.S. Department of Agriculture’s Rural Utilities Service.  There, he oversaw a $60 billion portfolio of rural electric, water, and telecommunications infrastructure loans.  He spearheaded the strategic investment of nearly $7 billion under the Recovery Act into rural broadband and water infrastructure, as part of annual budgets of up to $15 billion.

Previously, Mr. Adelstein held a number of legislative staff positions over 15 years in the U.S. Senate, culminating as a senior policy advisor to the Senate Majority Leader.

Mr. Adelstein received an M.A. in History and a B.A., with Distinction, in Political Science from Stanford University.  He attended the Kennedy School of Government at Harvard University, and served as a Teaching Fellow in history at Harvard University and a Teaching Assistant at Stanford University.  He is a graduate of Phillips Academy, Andover.  He was born and raised in Rapid City, South Dakota.  An avid musician, he has performed with artists from local garage bands to members of the Rock and Roll Hall of Fame.  He currently lives with his wife and two children in the Washington, D.C. area. 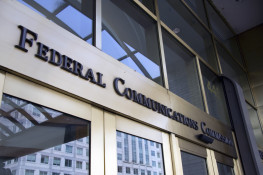 Note from the Editor: This article discusses barriers to establishing wireless infrastructure, particularly with respect...

The communications and technology sectors have seen an explosion of growth and innovation over the...

The communications and technology sectors have seen an explosion of growth and innovation over the...