Mr. Rowan's practice focuses on criminal and civil enforcement proceedings and internal investigations. He has substantial experience in federal law enforcement, as well as international and national security matters. He also advises corporate clients on compliance with the Foreign Corrupt Practices Act, the ITAR, the EAR and OFAC regulations.

Mr. Rowan spent 18 years in the Department of Justice (DOJ). He most recently served as Assistant Attorney General for National Security. In that Senate-confirmed position, Mr. Rowan led the National Security Division (NSD), which was formally created by statute in 2006 to bring together all of DOJ's national security operations under a single authority. As part of his duties, he supervised the government's practice before the Foreign Intelligence Surveillance Court; the oversight of intelligence-collection activities; the coordinated nationwide counterterrorism enforcement program; the administration of the Foreign Agents Registration Act; and the oversight of all espionage investigations.

He also oversaw DOJ's review of foreign acquisitions of U.S. companies through the interagency Committee on Foreign Investment in the United States (CFIUS). He previously served as the Principal Deputy Assistant Attorney General for the NSD, where he managed DOJ's national security investigations and prosecutions. In both positions, Mr. Rowan was responsible for supervising all of DOJ's prosecutions of export violations.

As a result of his DOJ service, he has particular experience in the application of the material support statutes, the Arms Export Control Act, the International Emergency Economic Powers Act, and statutes relating to economic espionage or disclosure of classified information. As the Principal Deputy, he directed the launch and implementation of a nationwide export enforcement initiative, an interagency effort to target the illegal export of sensitive technology and weapons components. Mr. Rowan continued to lead this initiative as Assistant Attorney General. 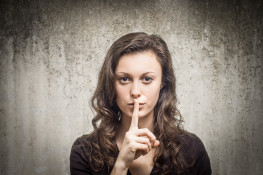 Leaks of classified or politically sensitive information have become part of the daily news cycle....