Brian Hook is the founder of Latitude, LLC, an international strategic consulting firm based in Washington, DC.

Mr. Hook served in a number of positions during the Bush Administration, including Assistant Secretary of State for International Organizations; Senior Advisor to the U.S. Ambassador to the United Nations; Special Assistant to the President for Policy, Office of the Chief of Staff; and Counsel, Office of Legal Policy, at the Justice Department.

Before practicing law, he served as a policy advisor to Iowa Governor Terry Branstad and to U.S. Congressman James Leach. 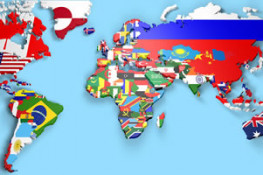 Dealing with Putin’s Russia: What is the Best Approach?

The International Criminal Court After Kampala: Should the United States Change its Relationship with the ICC?

When Should America Act to Maintain International Order? - Event Audio/Video

Most would agree that the world is unsettled, with hotspots in the Middle East, North...

Dealing with Putin’s Russia: What is the Best Approach? - Podcast

From the time he entered office after being tapped by Boris Yeltsin to succeed him,...

The International Criminal Court After Kampala: Should the United States Change its Relationship with the ICC? - Audio/Video

The Assembly of States Parties to the Rome Statute (which created the International Criminal Court)...