On March 23, 2020, the Supreme Court held by a vote of 6-3 that the federal Due Process Clause does not require a state to adopt an insanity test that turns on a defendant’s ability to recognize that his or her crime was morally wrong. In an opinion written by Justice Kagan, the Court reaffirmed its 1968 plurality opinion in Powell v. Texas, 392 U. S. 514, declaring that criminal responsibility "is animated by complex and ever-changing ideas that are best left to the States to evaluate and reevaluate over time."  The Court explained that the relationship between mental illness and criminal liability, in particular, is an ongoing dialogue between the law and psychology, and the Due Process Clause does not require that dialogue be frozen in "a rigid constitutional mold."

To discuss the case, we have GianCarlo Canaparo, Legal Fellow at the Heritage Foundation. 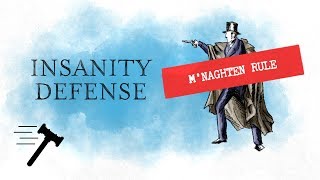