On March 20, 2019, the Supreme Court decided Frank v. Gaos, a case raising the question whether, or under what circumstances, a cy pres award that provides no direct relief to class members fulfills the Federal Rules of Civil Procedure 23(e) requirement that a class action settlement be "fair, reasonable, and adequate."

In a class-action suit with three named plaintiffs, Google was accused of violating the Stored Communications Act by sharing user search terms and other information with the server hosting whatever webpage that user clicked to via Google Search results. A settlement was reached that would require Google to include certain disclosures on some of its webpages and would distribute more than $5 million to cy pres recipients, more than $2 million to class counsel, and no money to absent class members.  The district court approved the settlement over the objections of several class members, and the U.S. Court of Appeals for the Ninth Circuit affirmed. The Supreme Court then granted certiorari to address petitioners’ challenge that this cy pres settlement did not satisfy the Rule 23(e) requirement that class action settlements be “fair, reasonable, and adequate,” but did not ultimately reach the merits of that question.

In a per curiam opinion, the Court vacated the judgment of the Ninth Circuit and remanded the case for further proceedings to determine whether the class action plaintiffs even had standing to bring their class action in light of the Supreme Court’s 2016 decision in Spokeo v. Robins.  That case held that “Article III standing requires a concrete injury even in the context of a statutory violation.”  Here, the Court indicated, the lower courts needed to resolve “whether any named plaintiff has alleged [Stored Communications Act] violations that are sufficiently concrete and particularized to support standing.” If not, the lack of standing would deprive the federal courts of subject matter jurisdiction in this case.  Justice Thomas dissented.

To discuss the case, we have Theodore "Ted" Frank, Director of Litigation and Senior Attorney, Hamilton Lincoln Law Institute - and one of the named petitioners in this case. 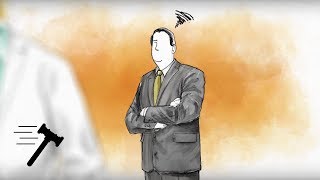