On April 1, 2019, the Supreme Court decided Bucklew v. Precythe, a case considering the standard applicable when an offender sentenced to death raises an Eighth Amendment challenge to the state’s lethal injection procedure.

Petitioner Russell Bucklew was convicted of murder and sentenced to death by lethal injection of a single drug, pentobarbital, by the State of Missouri. Bucklew challenged the State’s injection protocol under the Eighth Amendment, alleging that regardless of whether it would cause excruciating pain for all prisoners, it would cause him severe pain because of a particular medical condition he had.

By a vote of 5-4, the Supreme Court affirmed the judgment of the Eighth Circuit. In an opinion delivered by Justice Gorsuch, the court held that Baze and Glossip govern all Eighth Amendment challenges alleging that a method of execution inflicts unconstitutionally cruel pain, and Bucklew’s as-applied challenge fails the Baze-Glossip test.  He failed to raise a triable issue of fact regarding the viability of nitrogen hypoxia as an alternative method, and even if he had there was no showing that it would significantly reduce a substantial risk of severe pain. 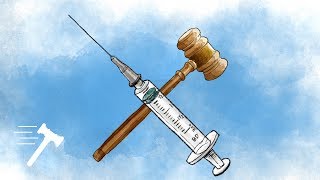