Nearly a year and a half in to his first term as president, the Senate still has not acted on more than 100 of Donald Trump’s nominees to top positions across the executive branch of government.

Particularly troubling are the president’s nominees to the Department of Justice. The heads of all four of the department’s major divisions still have not been confirmed, so those key policy positions remain vacant, with no one in place to ensure that the president’s policies (which is to say, the changed policy priorities that are the consequence of the November 2016 election) are implemented.

The nominees for three of those assistant attorney general positions were sent to the Senate a year ago in June 2017, and the forth was sent nine months ago. Two—Eric Dreiband and Brian Benczkowski, nominated to head the Civil Rights and Criminal Divisions, respectively—were favorably reported out of the Judiciary Committee early last fall, but languished without action by the full Senate until the end of the year, requiring that the president renominate them.

Jeffrey Clark, nominated to be the nation’s top environmental lawyer as head the Environmental and Natural Resources Division, did not even get a Judiciary Committee vote before the end of 2017, even though his confirmation hearing had been held back on June 28, 2017. He, too, was renominated in January, finally favorably reported out of the Judiciary Committee in January, but his nomination has also been languishing before the full Senate ever since.

The nominees to eight of the top positions at the Department of Defense, two at the Department of Homeland Security, and two at the Department of Energy (which oversees our nuclear weapons) are also languishing before the full Senate. Among these are critically important national security positions, such as at Defense: the deputy undersecretary for personnel and readiness (nominated in July 2017, reported favorably by the Armed Services Committee last November, but still no vote by the full Senate), the assistant secretary for strategy, plans and capabilities, and the assistant secretary for manpower and reserves; at Energy, the deputy administrator for defense programs for the National Nuclear Security Administration; and at Homeland Security, the undersecretary for national protection and programs directorate.

The president’s nominees to the federal courts have also been stalled beyond anything this country has ever seen. There are 85 judicial nominees awaiting confirmation in the Senate, including 10 to the various Courts of Appeals—the courts one step below the Supreme Court. One of those nominations has already been pending for 270 days as of Tuesday. There are 126 vacancies on the federal district courts, and President Trump’s nominees to 75 of those positions are awaiting action in the Senate. A good number of those vacancies have been defined as “judicial emergencies” by the Judicial Conference of the United States.

Senate Major Leader Mitch McConnell hinted last month that he might cancel the Senate’s August recess if these nominations are not acted upon. But if he does not, the president should.

One can just hear the howls now about how the president would be violating the separation of powers if he tried that. Not so. Article II, Section 3 of the Constitution explicitly gives to the president the power, “on extraordinary Occasions, [to] convene both Houses, or either of them.” Although the power hasn’t been used since Harry Truman called a special session back in 1948, the power has been exercised 27 times in our nation’s history, dating back to John Adams, the second president.  And though the power has been most frequently used to deal with sudden crises such as the outbreak of war, the Senate has previously been called into special session to act on the president’s nominations.

The whole Congress has also been called into special session to deal with critical legislation, and President Trump should consider cancelling the August recess for the House of Representatives to pass the annual budget bills under normal order, rather than waiting until the October 1 start of the new fiscal year without a budget, having to scramble to pass temporary measures and ultimately a “take-it-or-leave-it” omnibus bill that funds the government on auto-pilot, at ever increasing levels. To date, only half of the 12 major appropriations bills have even been approved by their house committees, though the first one that got approved in committee was the bill for Congress’ own funding. Defense, Homeland Security, State and Foreign Operations have not even made it out of subcommittee.

This is no way to run a government. If Congress cannot get its work down before its scheduled August vacation, then the president should use his Article II, Section 3 power to keep them at work until their work is done. The American people should expect no less.

This piece originally appeared in the Los Angeles and San Francisco Daily Journals. 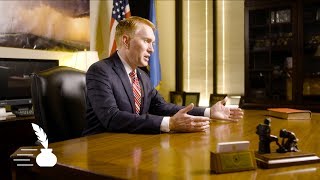