President Joe Biden’s announcement that he is open to reforming the Senate’s filibuster has energized calls from progressives to eliminate the Senate minority’s most powerful procedural tactic to block legislation or force compromise. But in his new memoir, Getting to the Heart of the Matter: My 36 Years in the Senate, former Michigan Senator Carl Levin makes the case for maintaining the filibuster as a central characteristic of the “world’s greatest deliberative body.”

Levin explains that he entered the Senate in 1979 with conflicting views about the filibuster. One was the romantic vision from Mr. Smith Goes to Washington of a Senator using the tactic to champion a noble cause. The other was as a legislative tactic to block progress, notably southern senators’ use of the filibuster to stall civil rights legislation.

But during his decades in the Senate, Levin came to appreciate that the filibuster, and the broader rights of the minority within the legislative chamber, are essential aspects of the Senate’s unique role in American government. In 2013, Levin was one of three Democratic Senators who voted to oppose Senator Harry Reid’s decision to use the so-called “nuclear option” to overturn the precedent that 60 votes were required to end debate on a nominee.

In his new book, Senator Levin explains his reasoning:

First . . . . I did not believe those filibustering would sacrifice the regularity of their personal lives for the confirmation of a federal judge, and second, because I feared for what it would lead to down the road. And it wasn’t long before President Trump was able to get two Supreme Court justices confirmed by a Republican Senate with less than 60 votes when Majority Leader Mitch McConnell expanded the nuclear option to cover Supreme Court nominees.

As the Senate now considers extending the nuclear option to legislation, Senator Levin’s views about the role of filibuster should be considered:

The reason that [the Senate] has the ability to be a truly deliberative body is that, unlike the House of Representatives, its rules provide significant rights to the minority party members. Central to those minority rights is the right to speak and to offer amendments until 60 Senators vote to end debate. The “nuclear option” did more than partially destroy a Senate rule. It has significantly weakened the Senate as an institution and has contributed to hyper partisanship, divisiveness, and the lessening of civility. And it could get worse. If the majority chooses, it could apply the nuclear option precedent to legislation where there would be no minority right to debate or offer amendments.

Hopefully someday the “nuclear option” precedent will be overturned. Doing so would not only help ensure the Senate’s ability to be the great deliberative body it was intended to be but also increase the likelihood of compromise to resolve the great issues of the day. The 60-vote rule is a great engine of compromise.

To be clear, Senator Levin’s position on the filibuster presented in his book is nuanced and not a blanket defense of the recent usage to stall legislation or nominations. The former Michigan lawmaker argues that the Majority Leader already has the power to challenge “so-called gentleman filibusters” or holds, which Senators use to block a bill or nomination by signaling their intention to filibuster it. “All the Majority Leader ever had to do to end a hold was to file a motion to proceed to the matter and force the person placing the hold to actually filibuster.” But he explains that Majority Leaders have resisted doing this, in part because it would require Senators to give up their weekends and recesses.

Levin also describes how bipartisan agreement can be applied to address problems associated with the filibuster in a manner that does not further undermine the chamber’s character. In 2012, he convened a working group of eight Senators (four members from each of the parties) to discuss how to prevent filibusters from stopping bills from being considered or stopping a bill that had passed from going to conference. As a result of these deliberations, the members privately wrote to Senate leadership offering their recommendation. They introduced a resolution “amending the Senate permanent rules to limit debate and prevent a filibuster on the motion to proceed to the consideration of a bill, on proceeding to a conference with the House, and on the appointment of conferees.” The reform was approved unanimously, Levin writes.

For many current lawmakers on Capitol Hill, it may be difficult to see beyond the next election, given Democrats’ current narrow control of Congress and the enticing opportunity to enact significant legislation on party-line votes. But Senator Levin’s reflections after serving for more than three decades should be a sobering warning about the risks of fundamentally changing the Senate by abolishing the legislative filibuster. 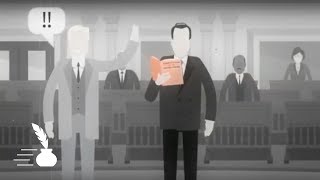