The Presiding Justice Robert K. Puglia Sacramento Chapter of the Federalist Society for Law and Public Policy Studies is a Sacramento-area group of conservatives and libertarians interested in the current state of the legal order. As a Lawyers Chapter of the national Federalist Society, it is founded on the principles that the state exists to preserve freedom, that the separation of governmental powers is central to our Constitution, and that it is emphatically the province and duty of the judiciary to say what the law is, not what it should be. The Federalist Society seeks both to promote an awareness of these principles and to further their application through its activities.

The Chapter provides an open forum for discussion and debate on constitutional, legal and public policy issues. It does not engage in partisan political or election activity and is not affiliated with any political party. Events generally are held in downtown Sacramento or in conjunction with the local Student Chapters at Pacific-McGeorge School of Law or University of California at Davis (King Hall) School of Law. 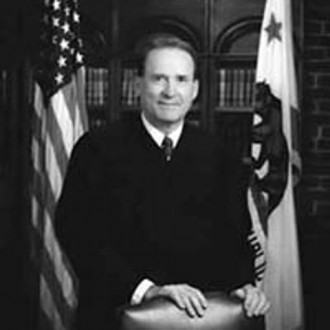 Who was Justice Robert K. Puglia?

You can read more about Justice Puglia, including several testimonials, here.

Congressional Investigations: A View from the Executive Branch