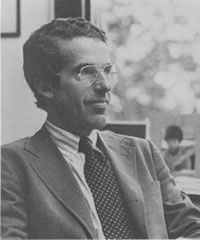 The Paul M. Bator Award was established in 1989 in memory of Professor Paul M. Bator, a renowned scholar and teacher of federal courts and constitutional law.  Professor Bator taught at Harvard Law School from 1959 to 1982 and from 1983 to 1985, and at the University of Chicago from 1985 until his untimely death in 1989.   He also served as Principal Deputy Solicitor General in 1982 and 1983.

The award was created to recognize promising young faculty members under the age of 40 whose life, work, and ideals most closely resemble those of the late Paul Bator. It was awarded at the Federalist Society's Annual Student Symposium from 1989 to 2017 to an academic who demonstrated excellence in legal scholarship, a commitment to teaching, a concern for students, and who has made a significant public impact.