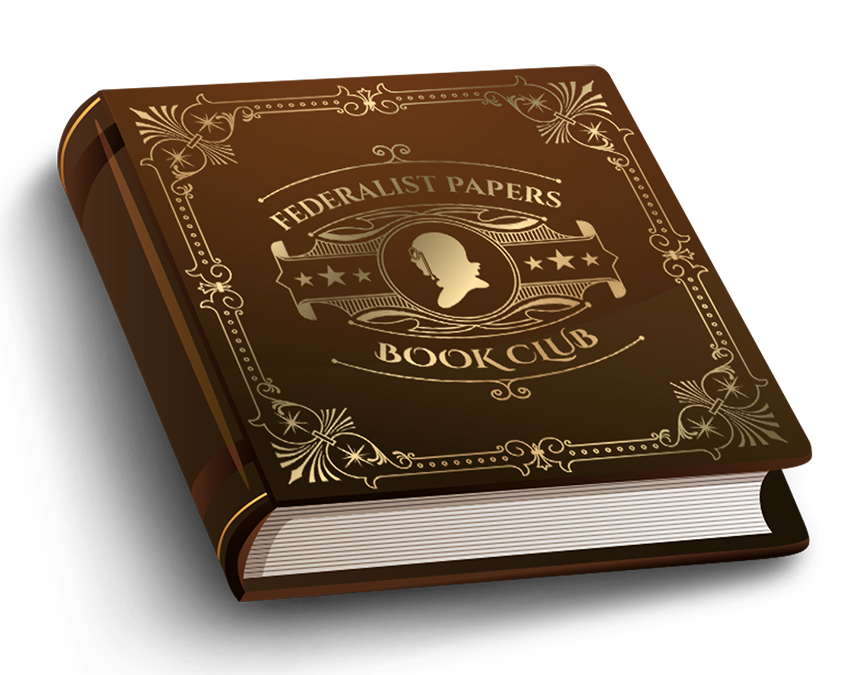 Federalist Papers Book Club will run weekly on Tuesday evenings for 10 one-hour sessions, beginning January 26th at 8:00 p.m. Eastern. The class will be limited to 30 currently enrolled law students, who must commit to participate weekly and the remainder will be able to watch the content online via live stream. Students who have attended all 10 classes will receive a course certificate upon completion.

The recommended edition of The Federalist is edited by Carey and McClellan, published by Liberty Fund. It comes in paper and online versions.

The Federalist by Publius (AKA Madison, Hamilton, and Jay) contains 85 essays. The recommended reading pace is 9 to 10 essays per week. The sessions will focus only on selected essays, however. These essays are not evenly distributed, as you will see from the schedule below.

For the first two sessions, we will be joined first by Judge Amul Thapar (6th Circuit) and then Judge Andy Oldham (5th Circuit), both of whom have taught a related course regularly. As indicated below, the first 3 sessions frame the contrasting views of political order that underlie two different political philosophies about liberty.

In advance of the first session, please watch this 7-minute video of the late Justice Scalia speaking about the importance of reading the whole of The Federalist.

POLITICAL PHILOSOPHIES THAT FRAME THE DEBATE

February 2nd: What the Antifederalists were for, based on the book of the same title by Herbert Storing. 122 pages. [Slide deck 1]

February 9th: Federalist #10 (Factions as both threat and protection for liberty) [Slide deck 1]

CONFLICTING PRINCIPLES GOVERNING THE
STRUCTURING OF STATE AND FEDERAL POWER

APPLYING FEDERALIST PRINCIPLES TO THE BRANCHES OF GOVERNMENT