On January 21, 2021, the Federalist Society's Columbus, Cincinnati, and Cleveland lawyers chapters hosted a virtual conversation with two of Ohio's own, Judge Chad Readler and US Attorney David DeVillers, who shared their extraordinary experiences and expertise. 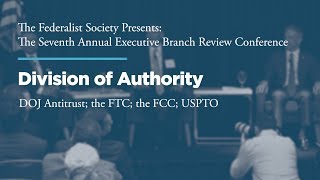