Robert Alt is the president and chief executive officer of The Buckeye Institute, where he also serves on the Board of Trustees.

Alt’s leadership has catalyzed The Buckeye Institute’s exponential growth since he took the organization’s helm in 2012. He is the founder of Buckeye’s Economic Research Center (ERC) and Legal Center.

Alt is a distinguished scholar with particular expertise in legal policy including criminal justice, national security, and constitutional law. Prior to heading The Buckeye Institute, Alt was a director in The Heritage Foundation’s Center for Legal and Judicial Studies under former U.S. Attorney General Edwin Meese III.

Alt is a frequent speaker at universities and law schools across the country, and his writings have appeared in countless publications. Alt is a longtime contributor to National Review Online and its Bench Memos blog. He has provided commentary on CNN, Fox News Channel, PBS and its affiliates, and numerous syndicated radio programs for more than two decades.

In 2004, Alt spent five months in Iraq as a war correspondent.

Alt has testified before Congress multiple times—including at the confirmation hearings for Supreme Court Justice Elena Kagan—before the Federal Election Commission regarding matters of constitutional and administrative law, and before numerous state legislatures and committees.

Alt serves on the Federalist Society’s Columbus Lawyers Chapter Board and the Board of Advisors for the Ashbrook Center at Ashland University where he also taught classes in constitutional law and political parties and interest groups. Alt previously taught national security law, criminal law, and legislation at Case Western Reserve University School of Law. 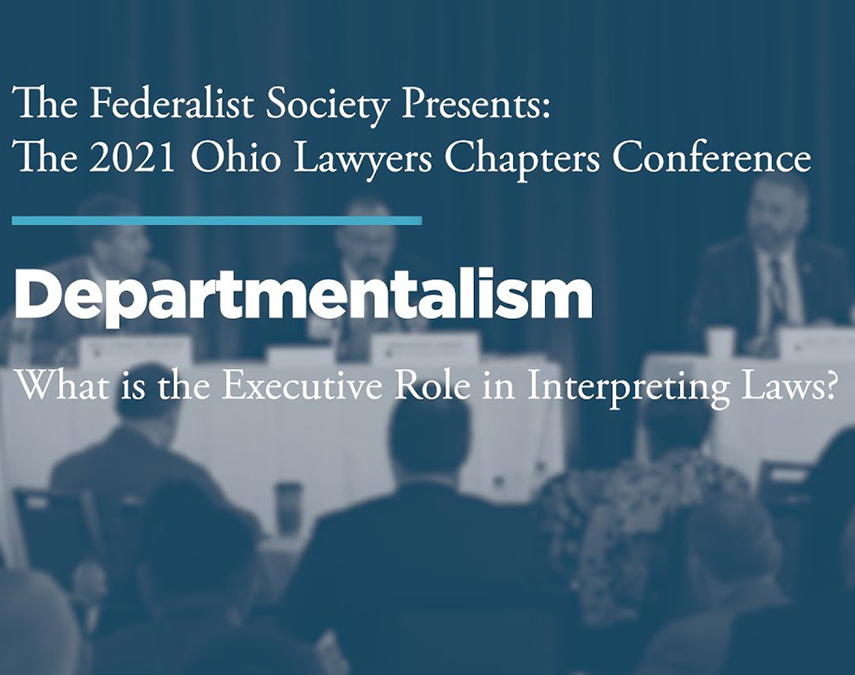 An Inside Look at the Department of Justice

On January 21, 2021, the Federalist Society's Columbus, Cincinnati, and Cleveland lawyers chapters hosted a...