Did you know that you have a say in the U.S. government’s regulatory process?

The Administrative Procedure Act (APA) requires that most regulations promulgated by administrative agencies go through a process called “notice and comment rulemaking.” Stripped to its basics, that means that the agency must give notice of a proposed rulemaking and then give the public a chance to comment.  The law allows ordinary citizens, as much as sophisticated interest groups, opportunities to participate in, and have opinions heard on, the development of regulations. In a recent article, Professor Donald Kochan calls this the underappreciated “commenting power.” The duty for agencies to consider and respond to significant comments is what makes commenting so powerful. In addition to Professor Kochan's article, Argive — a Silicon Valley non-profit that seeks to make regulatory processes more accountable and accessible to all — recently issued a report on what they perceived as deficiencies in and suggested solutions for the actual commenting system.

In this teleforum, Professor Kochan will explain the commenting process, the scope of agencies duties to respond to comments, and why it is important to comment whether you support or oppose a rule. The teleforum will also discuss some recent and older examples of cases where agency’s failure to take comments seriously has invalidated or jeopardized rulemaking efforts. Maleka Momand, co-author of the Argive report and former President of Argive, will cover the points raised and solutions suggested in the report. Both speakers may also comment on a new Administrative Conference of the U.S. project studying public engagement in rulemaking.

Visit our website – RegProject.org – to learn more, view all of our content, and connect with us on social media. 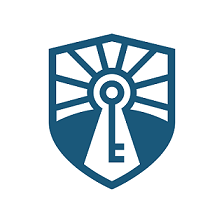