Ward Connerly is founder and President of the American Civil Rights Institute – a national, not-for-profit organization aimed at educating the public about the need to move beyond race and, specifically, racial and gender preferences. Mr. Connerly has gained national attention as an outspoken advocate of equal opportunity for all Americans, regardless of race, sex, or ethnic background.

Mr. Connerly is author of Creating Equal: My Fight Against Race Preferences and his new release Lessons from My Uncle James: Beyond Skin Color to the Content of Our Character. One part memoir, one part moral guide, Lessons from My Uncle James is a touching, funny and ultimately a philosophical book about living a principled and productive life regardless of skin color. Lessons illustrates how Mr. Connerly arrived at the ethics that have guided his life and is a new starting point for the discussion about character that America must have in order to move beyond race for good.

As a member of the University of California Board of Regents, Mr. Connerly focused the attention of the nation on the University's race-based system of preferences in its admissions policy. On July 20, 1995, following Mr. Connerly's lead, a majority of the Regents voted to end the University's use of race as a means for admissions. He was appointed to a 12-year term as UC Regent in March 1993.

In 1995, Mr. Connerly accepted chairmanship of the California Civil Rights Initiative (Proposition 209) campaign. Under his leadership, the campaign successfully obtained more than 1 million signatures and qualified for the November 1996 ballot. California voters passed Proposition 209 by a 55 percent to 45 percent margin.

Mr. Connerly also led the efforts to pass initiatives in the States of Washington, Michigan, Nebraska and Arizona that were patterned after California's Proposition 209, to require equal treatment under the law for all residents in public education, public employment and public contracting.

Mr. Connerly has been profiled on 60 Minutes, the cover of Parade magazine, the New York Times, Wall Street Journal, Newsweek magazine, and virtually every major news magazine in America.   He has also appeared on The NewsHour with Jim Lehrer, Crossfire, Hannity & Colmes, Meet the Press, Dateline, NBC Nightly News, CNN, and C-SPAN.

Mr. Connerly is President and Chief Executive Officer of Connerly & Associates, Inc., a Sacramento-based association management and land development consulting firm founded in 1973. He is regarded as one of the housing industry's top experts, possessing a comprehensive knowledge of housing and development issues. He has been inducted as a lifetime member into the California Building Industry Hall of Fame and has been a member of the Rotary Club of Sacramento for over 15 years.

A Conversation with Ward Connerly

America's Promise Realized: Getting Beyond Race 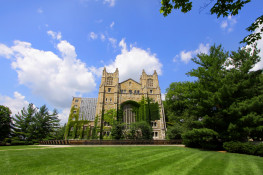 The People and the Courts

On November 4, 2010, the California Western Student Chapter of the Federalist Society hosted this event featuring Mr....

When the Gratz and Grutter opinions were released in 2003, many believed that eliminating race...

The Federalist Society's Student Division presented this panel at the 2008 Annual Student Symposium on...

Ward Connerly, founder of the American Civil Rights Institute, delivered this address at The Federalist...

The campaign for passage of the California Civil Rights Initiative ("CCRI"), also known as Proposition...