Paul Alan Levy is an attorney with the Public Citizen Litigation Group, a public interest law firm that is a division of the consumer advocacy organization Public Citizen. Among the issues on which the group litigates are federal health and safety regulation, consumer litigation, open government, union democracy, separation of powers, and the First Amendment. PCLG litigates cases at all levels of the federal and state judiciaries and has a substantial practice before federal regulatory agencies.

After working as a law clerk to Honorable Wade H. McCree, Jr. (United States Court of Appeals, Sixth Circuit) and Special Assistant to Solicitor General McCree, Paul joined the Litigation Group in December 1977 to represent workers in rank-and-file labor law cases, largely representing dissident union members in cases involving union governance. He has been there ever since, with the exception of a one-year sabbatical when he taught at Cardozo Law School. Over the years, he also developed subspecialties in some arcane issues of federal procedure such as removal jurisdiction, and the representation of "lawyers in trouble" from sanctions, contempt findings and the like (these days, though, as a defense lawyer, he files sanctions motions). He also pioneered Public Citizen's work on federal preemption of state law claims and objecting to collusive class action settlements.

Paul has specialized more recently in free speech issues arising on the Internet. He has litigated cases in state and federal courts throughout the country about the identification of anonymous Internet speakers. His amicus curiae brief in Dendrite v. Doe, whose approach was adopted by New Jersey's Superior Court Appellate Division, has become the model for other cases. His Internet practice also includes the defense of trademark and copyright claims brought as a means of suppressing critical web sites. His cases in this area, such as Bosley Medical v. Kremer and Lamparello v. Falwell, have established the right to create internet “gripe" sites that include the trademark names of companies in their domain names and meta tags. In Smith v. Wal-Mart Stores and McCall v. National Security Agency, he defended the rights of parodists to make fun of Wal-Mart's trademarks and the seals of the NSA and Department of Homeland Security. In arguing against the issuance of prior restraints in Bank Julius Baer v. Wikileaks, he had the key insight that the case had been filed without subject matter jurisdiction. For several years, Paul chaired subcommittees (on domain name litigation or on keyword advertising) of the American Bar Association's Intellectual Property Section. He currently serves on the Legal Review Committee of the American Civil Liberties Union of the District of Columbia.

A description of his work in this area was published in the Washingtonian Magazine as “Paul Levy, the Web Bully's Worst Enemy." It is accessible at http://www.washingtonian.com/articles/people/paul-levy-the-web-bullys-worst-enemy/. His work was also recently described in Hill, Stars and Gripes: Legal challenges over online reviews seek to separate fact from fiction, ABA Journal (July 2016), available at http://www.abajournal.com/magazine/article/legal_challenges_over_online_reviews_seek_to_separate_fact_from_fiction. 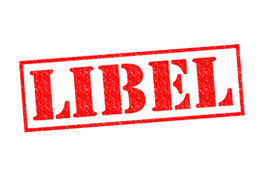