David Dorsen is Of Counsel with Sedgwick, LLP. He served as an Assistant US Attorney in New York under Robert M. Morgenthau, and later as Assistant Chief Counsel of the Senate Watergate Committee under Senator Sam Ervin. He has taught at Duke University, North Carolina, Georgetown University Law Center, Washington DC, and George Washington University Law School, Washington DC. His book, Henry Friendly, Greatest Judge of his Era (with Richard A. Posner, 2012), won the Green Bag Award for Exemplary Legal Writing. 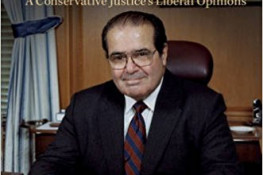 Antonin Scalia was one of the most important, outspoken, and controversial Justices in the past...