Happy Constitution Day! The following is a transcript of President Reagan's speech at the 200th anniversary of the signing of the Constitution.

As we stand here today before Independence Hall, we can easily imagine that day, Sept. 17, 1787, when the delegates rose from their chairs and arranged themselves according to the geography of their states, beginning with New Hampshire and moving south to Georgia.

They had labored for four months through the terrible heat of that Philadelphia summer, but they knew as they moved forward to sign their names to that new document that in many ways their work had just begun. This new Constitution, this new plan of government, faced a skeptical, even hostile reception in much of the country.

To look back on that time, at the difficulties faced - and surmounted - can only give us perspective on the present. Each generation, every age, I imagine, is prone to think itself beset by unusual and particularly threatening difficulties, to look back on the past as a golden age, when issues were not so complex and politics not so divisive, when problems did not seem so intractable.

Sometimes we're tempted to think of the birth of our country as one such golden age - a time characterized primarily by harmony and cooperation.

In fact, the Constitution and our government were born in crisis. The years leading up to our constitutional convention were some of the most difficult our nation ever endured. This young nation, threatened on every side by hostile powers, was on the verge of economic collapse. In some states, inflation raged out of control. Debt was crushing. In Massachusetts, ruinously high taxes provoked an uprising of poor farmers led by a former Revolutionary War captain, Daniel Shays.

Trade disputes between the states were bitter and sometimes violent, threatening not only the economy, but even the peace. No one thought him guilty of exaggeration when Edmund Randolph described the perilous state of the confederacy. ''Look at the public countenance,'' he said, ''from New Hampshire to Georgia. Are we not on the eve of war, which is only prevented by the hopes from this convention?''

Yes, but these hopes were matched in many others by equally strong suspicions. Wasn't this convention just designed to steal from the states their sovereignty, to usurp the freedoms so recently fought for? Patrick Henry, the famed orator of the revolution, thought so. He refused to attend the convention, saying, with his usual talent for understatement, that he ''smelt a rat.''

The Articles of Confederation, all could see, were not strong enough to hold this new nation together. But there was no general agreement on how a stronger Federal government should be constituted - or, indeed, whether one should be constituted at all. There were strong secessionist feelings in many parts of the country; in Boston, some were calling for a separate nation of New England. Others felt the 13 states should divide into three independent nations. And it came as a shock to George Washington, recently traveling in New England, to find that sentiment in favor of returning to a monarchy still ran strong in that region.

No, it wasn't the absence of problems that won the day in 1787. It wasn't the absence of division and difficulty. It was the presence of something higher - the vision of democratic government founded upon those self-evident truths that still resounded in Independence Hall. It was that ideal, proclaimed so proudly in this hall a decade earlier, that enabled them to rise above politics and self-interest, to transcend their differences and together create this document, this Constitution that would profoundly and forever alter, not just these United States, but the world. When Revolution Truly Began

In a very real sense, it was then - in 1787 - that the revolution truly began. For it was with the writing of our Constitution, setting down the architecture of democratic government, that the noble sentiments and brave rhetoric of 1776 took on substance, that the hopes and dreams of the revolutionists could become a living, enduring reality.

All men are created equal, and endowed by their creator with certain inalienable rights. Until that moment some might have said that was just a high-blown sentiment, the dreams of a few philosophers and their hot-headed followers. But could one really construct a government, run a country, with such idealistic notions?

But once those ideals took root in living, functioning institutions, once those notions became a nation, well, then, as I said, the revolution could really begin, not just in America, but around the world, a revolution to free man from tyranny of every sort and secure his freedom the only way possible in this world - through the checks and balances and institutions of limited, democratic government.

Checks and balances; limited government - the genius of our constitutional system is its recognition that no one branch of government alone could be relied on to preserve our freedoms. The great safeguard of our liberty is the totality of the constitutional system, with no one part getting the upper hand. That is why the judiciary must be independent. And that is why it also must exercise restraint.

If our Constitution has endured, through times perilous as well as prosperous, it has not been simply as a plan of government, no matter how ingenious or inspired that might be. This document that we honor today has always been something more to us, filled us with a deeper feeling than one of simple admiration - a feeling, one might say, more of reverence.

One scholar described our Constitution as a kind of covenant. It is a covenant we have made not only with ourselves, but with all of mankind. As John Quincy Adams promises, ''Whenever the standard of freedom and independence has been or shall be unfurled, there will be America's heart, her benedictions, and her prayers.'' It is a human covenant, yes, and beyond that, a covenant with the Supreme Being to whom our founding fathers did constantly appeal for assistance.

It is an oath of allegiance to that in man that is truly universal, that core of being that exists before and beyond distinctions of class, race or national origin. It is a dedication of faith to the humanity we all share, that part of each man and woman that most closely touches on the divine.

And it was perhaps from that divine source that the men who came together in this hall 200 years ago drew the inspiration and strength to face the crisis of their great hopes and overcome their many divisions.

After all, both Madison and Washington were to refer to the outcome of the Constitutional Convention as a miracle; and miracles, of course, have only one origin.

''No people,'' said George Washington in his inaugural address, ''can be bound to acknowledge and adore the invisible hand which conducts the affairs of men more than those of the United States. Every step by which they have advanced to the character of an independent nation seems to have been distinguished by some providential agency.''

No doubt he was thinking of the great and good fortune of this young land: the abundant and fertile continent given us, far from the warring powers of Europe, the successful struggle against the greatest power of that day, England, the happy outcome of the Constitutional Convention and the debate over ratification.

But he knew, too, as he also said, that there is an ''indissoluble union'' between duty and advantage, and that the guiding hand of providence did not create this new nation of America for ourselves alone, but for a higher cause - the preservation and extension of the sacred fire of human liberty. That is America's solemn duty.

During the summer of 1787, as the delegates clashed and debated, Washington left the heat of Philadelphia, and with his trout fishing companion, Gouverneur Morris of Pennsylvania, made a pilgrimage to Valley Forge. Ten years before, his Continental Army had been camped there through the winter. Food was low, medical supplies nonexistent, his soldiers had to go ''half in rags in the killing cold, their torn feet leaving bloodstains as they walked shoeless on the icy ground.''

Gouverneur Morris reported that the general was silent throughout the trip. He did not confide his emotions as he surveyed the scene of past hardship. One can imagine that his conversation was with someone else - that it took more than the form of prayer for this new nation, that such sacrifice be not in vain, that the hope and promise that survived such a terrible winter of suffering not be allowed to wither now that it was summer.

One imagines that he also did what we do today in this gathering and celebration, what will always be America's foremost duty - to constantly renew that covenant with humanity, with a world yearning to breathe free; to complete the work begun 200 years ago, that grand, noble work that is America's particular calling - the triumph of human freedom - the triumph of human freedom under God. 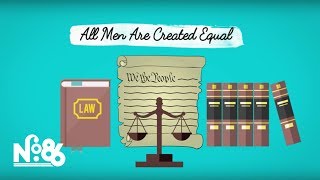