And the drama continues!  On Wednesday, Attorney General William Barr appeared before the Senate Judiciary Committee to answer questions about the Mueller Report, and there were fireworks aplenty.  Earlier in the week, Prof. John Yoo and I engaged in a Teleforum discussion about the report and its expected aftermath, and Prof. Yoo wrote a follow-up article in The Atlantic elaborating on some of his views.

At the hearing, Barr reiterated that the Department of Justice is undertaking an inquiry into how the federal government came to spy on the Trump campaign (and whether there was an adequate factual basis to support the decision. [He and Sen. Sheldon Whitehouse, D-R.I., had a testy exchange about whether “spying” is a pejorative term.]

Barr expressed surprise that Special Counsel Bob Mueller declined to make a traditional prosecutorial judgment about whether President Trump attempted to obstruct justice, declaring “My question is, or was, why were those investigated if, at the end of the day, you aren’t going to reach a decision on them?”

And Barr parried-and-thrusted with several of the Democratic Senators -- many of whom have call for Barr to resign -- about his conclusion, which was supported by, among others, Deputy Attorney General Rod Rosenstein, that, as stated in his March 24th letter to Congress, “the evidence developed during the Special Counsel’s investigation is not sufficient to establish that the President committed an obstruction-of-justice offense.”

And speaking of that letter, Barr spent a lot of time of time talking about another, what he termed “snitty,” letter he received three days later from Mueller (more likely from someone on the special counsel’s staff), which complained that Barr’s March 24 letter “did not fully capture the context, nature, and substance of this Office’s work and conclusions.”  The letter urged Barr to release the executive summaries that Mueller had also prepared.  In a telephone call the next morning, Barr, who had given Mueller an opportunity, which he declined, to review the March 24th letter before it was disseminated, asked Mueller whether there was anything in that letter that was inaccurate or misleading, and Mueller said that was not the case.

Barr testified that he had decided it would not be wise to release portions of the report in a piecemeal fashion.  He stated that he considered his extended colloquy about this letter to be “mind-bendingly bizarre” in light of the fact that the entire report (with minimal redactions) has now been released.  It seemed like an ongoing debate about whether a movie trailer was or was not an accurate summary after the entire movie has been released and is in the theaters – a pretty pointless exercise.

Nonetheless, the high drama continued on Thursday.  General Barr declined to appear before the House Judiciary Committee after Committee Chairman Jerry Nadler, D-N.Y., insisted on subjecting him to questioning by committee staff.  Nadler is now threatening to hold Barr in contempt.  And, not to be outdone, Speaker Nancy Pelosi, D-Calif., has accused Barr of committing perjury during his April 9 testimony before the House Appropriations Committee.  Specifically, she claims that Barr lied in the following exchange with Rep. Charlie Crist, D-Fla.:

Rep. Crist: “Reports have emerged recently, General [Barr], that members of the Special Counsel’s team are frustrated at some level with the limited information included in your March 24 letter, that it does not adequately or accurately necessarily portray the report’s findings.  Do you know [what] they’re referencing with that?

Attorney General Barr: No, I don’t.  I think, I think, I suspect that they probably wanted more put out.  But, in my view, I was not interested in putting out summaries or trying to summarize because I think that any summary, regardless of who prepares it, not only runs the risk of, you know, being underinclusive or overinclusive, but also, you know, would trigger a lot of discussion and analysis that really should await everything coming out at once.  So, I was not interested in a summary of the report, and, in fact, at the time that I put out my March 24th letter there was nothing from the Special Counsel that wasn’t marked as potentially containing 6(e) material, and I had no material that had been sanitized of 6(e) material.  So, I felt that I should state the bottom line conclusions, and I tried to use Special Counsel Mueller’s own language in doing that.

Let’s put this politely.  Speaker Pelosi will have a tough row to hoe if she is serious about pursuing this allegation.  As the Supreme Court stated in its unanimous 1973 opinion in Bronstein v. United States, in a perjury prosecution, “[T]he burden is on the questioner to pin the witness down to the specific object of the questioner’s inquiry.”  In this instance, Crist’s question was loaded with ambiguities.  The reference to “they’re” could apply to the individuals who wrote the media reports he alludes to or to members of Mueller’s staff.  Moreover, he states that these unnamed “reports” question whether Barr “adequately” or “accurately” characterized Mueller’s conclusions.

In an exchange with Sen. Patrick Leahy, D-Vt., Barr stated after receiving Mueller’s letter, Barr spoke to Mueller, not still-unidentified members of Mueller’s team, and that “Mueller … never told me that the expression of the findings was inaccurate.”  While some might consider this evasive [I don’t; Sen. Leahy and other Democratic Senators do.], this answer was certainly not perjurious.

Don’t expect things to quiet down anytime soon.  Waiting in the wings is the long-anticipated report on alleged abuse of the Foreign Intelligence Surveillance Act (FISA) by DOJ Inspector General Michael Horowitz, as well as continued hearings in the Senate and House Judiciary Committees.  There are clearly more shoes to drop and it promises to be a long, hot summer. 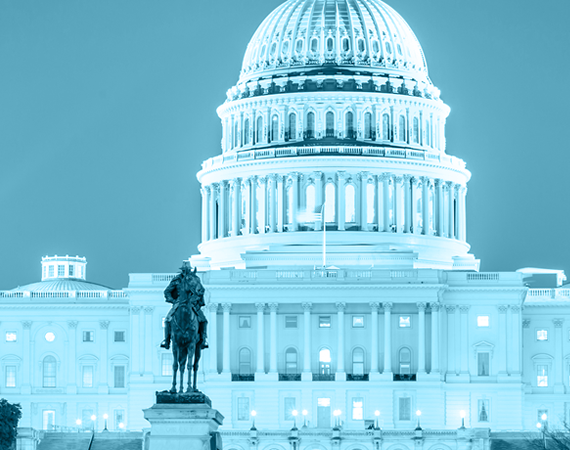