Just days before leaving office, the outgoing Obama FTC left what should have been an unwelcome parting gift for the incoming Commission: an antitrust suit against Qualcomm. This week the FTC — under a new Chairman and with an entirely new set of Commissioners — finished unwrapping its present, and rested its case in the trial begun earlier this month in FTC v Qualcomm.

This complex case is about an overreaching federal agency seeking to set prices and dictate the business model of one of the world’s most innovative technology companies. As soon-to-be Acting FTC Chairwoman, Maureen Ohlhausen, noted in her dissent from the FTC’s decision to bring the case, it is “an enforcement action based on a flawed legal theory… that lacks economic and evidentiary support…, and that, by its mere issuance, will undermine U.S. intellectual property rights… worldwide.”

Implicit in the FTC’s case is the assumption that Qualcomm charges smartphone makers “too much” for its wireless communications patents — patents that are essential to many smartphones. But, as former FTC and DOJ chief economist, Luke Froeb, puts it, “[n]othing is more alien to antitrust than enquiring into the reasonableness of prices.” Even if Qualcomm’s royalty rates could somehow be deemed “too high” (according to whom?), excessive pricing on its own is not an antitrust violation under U.S. law.

Knowing this, the FTC “dances around that essential element” (in Ohlhausen’s words) and offers instead a convoluted argument that Qualcomm’s business model is anticompetitive. Qualcomm both sells wireless communications chipsets used in mobile phones, as well as licenses the technology on which those chips rely. According to the complaint, by licensing its patents only to end-users (mobile device makers) instead of to chip makers further up the supply chain, Qualcomm is able to threaten to withhold the supply of its chipsets to its licensees and thereby extract onerous terms in its patent license agreements.

There are numerous problems with the FTC’s case. Most fundamental among them is the “no duh” problem: Of course Qualcomm conditions the purchase of its chips on the licensing of its intellectual property; how could it be any other way? The alternative would require Qualcomm to actually facilitate the violation of its property rights by forcing it to sell its chips to device makers even if they refuse its patent license terms. In that world, what device maker would ever agree to pay more than a pittance for a patent license? The likely outcome is that Qualcomm charges more for its chips to compensate (or simply stops making them). Great, the FTC says; then competitors can fill the gap and — voila: the market is more competitive, prices will actually fall, and consumers will reap the benefits.

Except it doesn’t work that way. As many economists, including both the current and a prominent former chief economist of the FTC, have demonstrated, forcing royalty rates lower in such situations is at least as likely to harm competition as to benefit it. There is no sound theoretical or empirical basis for concluding that using antitrust to move royalty rates closer to some theoretical ideal will actually increase consumer welfare. All it does for certain is undermine patent holders’ property rights, virtually ensuring there will be less innovation.

In fact, given this inescapable reality, it is unclear why the current Commission is continuing to pursue the case at all. The bottom line is that, if it wins the case, the current FTC will have done more to undermine intellectual property rights than any other administration’s Commission has been able to accomplish.

It is not difficult to identify the frailties of the case that would readily support the agency backing away from pursuing it further. To begin with, the claim that device makers cannot refuse Qualcomm’s terms because the company effectively controls the market’s supply of mobile broadband modem chips is fanciful. While it’s true that Qualcomm is the largest supplier of these chipsets, it’s an absurdity to claim that device makers have no alternatives. In fact, Qualcomm has faced stiff competition from some of the world’s other most successful companies since well before the FTC brought its case. Samsung — the largest maker of Android phones — developed its own chip to replace Qualcomm’s in 2015, for example. More recently, Intel has provided Apple with all of the chips for its 2018 iPhones, and Apple is rumored to be developing its own 5G cellular chips in-house. In any case, the fact that most device makers have preferred to use Qualcomm’s chips in the past says nothing about the ability of other firms to take business from it.

The possibility (and actuality) of entry from competitors like Intel ensures that sophisticated purchasers like Apple have bargaining leverage. Yet, ironically, the FTC points to Apple’s claim that Qualcomm “forced” it to use Intel modems in its latest iPhones as evidence of Qualcomm’s dominance. Think about that: Qualcomm “forced” a company worth many times its own value to use a competitor’s chips in its new iPhones — and that shows Qualcomm has a stranglehold on the market?

The FTC implies that Qualcomm’s refusal to license its patents to competing chip makers means that competitors cannot reliably supply the market. Yet Qualcomm has never asserted its patents against a competing chip maker, every one of which uses Qualcomm’s technology without paying any royalties to do so. The FTC nevertheless paints the decision to license only to device makers as the aberrant choice of an exploitative, dominant firm. The reality, however, is that device-level licensing is the norm practiced by every company in the industry — and has been since the 1980s.

Not only that, but Qualcomm has not altered its licensing terms or practices since it was decidedly an upstart challenger in the market — indeed, since before it even started producing chips, and thus before it even had the supposed means to leverage its chip sales to extract anticompetitive licensing terms. It would be a remarkable coincidence if precisely the same licensing structure and the exact same royalty rate served the company’s interests both as a struggling startup and as an alleged rapacious monopolist. Yet that is the implication of the FTC’s theory.

When Qualcomm introduced CDMA technology to the mobile phone industry in 1989, it was a promising but unproven new technology in an industry dominated by different standards. Qualcomm happily encouraged chip makers to promote the standard by enabling them to produce compliant components without paying any royalties; and it willingly licensed its patents to device makers based on a percentage of sales of the handsets that incorporated CDMA chips. Qualcomm thus shared both the financial benefits and the financial risk associated with the development and sales of devices implementing its new technology.

Qualcomm’s favorable (to handset makers) licensing terms may have helped CDMA become one of the industry standards for 2G and 3G devices. But it’s an unsupportable assertion to say that those identical terms are suddenly the source of anticompetitive power, particularly as 2G and 3G are rapidly disappearing from the market and as competing patent holders gain prominence with each successive cellular technology standard.

To be sure, successful handset makers like Apple that sell their devices at a significant premium would prefer to share less of their revenue with Qualcomm. But their success was built in large part on Qualcomm’s technology. They may regret the terms of the deal that propelled CDMA technology to prominence, but Apple’s regret is not the basis of a sound antitrust case.

And although it’s unsurprising that manufacturers of premium handsets would like to use antitrust law to extract better terms from their negotiations with standard-essential patent holders, it is astonishing that the current FTC is carrying on the Obama FTC’s willingness to do it for them.

None of this means that Qualcomm is free to charge an unlimited price: standard-essential patents must be licensed on “FRAND” terms, meaning they must be fair, reasonable, and nondiscriminatory. It is difficult to asses what constitutes FRAND, but the most restrictive method is to estimate what negotiated terms would look like before a patent was incorporated into a standard. “[R]oyalties that are or would be negotiated ex ante with full information are a market bench-mark reflecting legitimate return to innovation,” writes Carl Shapiro, the FTC’s own economic expert in the case.

And that is precisely what happened here: We don’t have to guess what the pre-standard terms of trade would look like; we know them, because they are the same terms that Qualcomm offers now.

We don’t know exactly what the consequence would be for consumers, device makers, and competitors if Qualcomm were forced to accede to the FTC’s benighted vision of how the market should operate. But we do know that the market we actually have is thriving, with new entry at every level, enormous investment in R&D, and continuous technological advance. These aren’t generally the characteristics of a typical monopoly market. While the FTC’s effort to “fix” the market may help Apple and Samsung reap a larger share of the benefits, it will undoubtedly end up only hurting consumers. 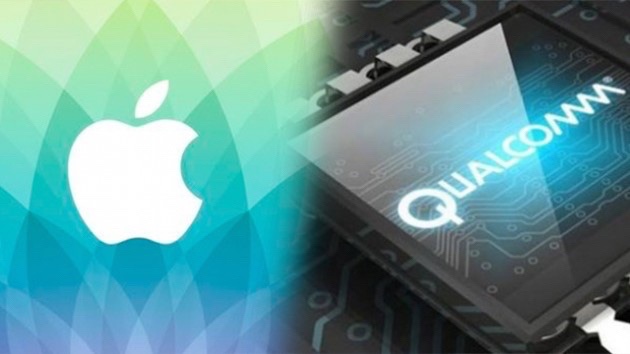