The Federalist Society presented the Paul M. Bator Award on Saturday, February 21 to Prof. Joshua Kleinfeld of Northwestern University School of Law. Mr. Michael Ballew, a student at the University of Chicago Law School, served on the selection committee and presented the award on behalf of the Federalist Society at its annual National Student Symposium, held this year at the University of Chicago Law School.

The Paul M. Bator Award was established in 1989 in memory of Professor Paul M. Bator, a renowned scholar and teacher of federal courts and constitutional law at Harvard and the University of Chicago and Principal Deputy Solicitor General in the Reagan Administration. The award is given annually to a law professor under 40 who has demonstrated excellence in legal scholarship, a commitment to teaching, a concern for students, and who has made a significant public impact.

Mr. Ballew noted that Prof. Kleinfeld, who has been teaching criminal law, international law, and legal theory at Northwestern University School of Law since 2011, "embodies the ideals of the late Mr. Bator." Mr. Ballew also noted that Prof. Kleinfeld, who is a rising star in criminal law theory, leverages his philosophy background in the classroom and "seeks to use philosophical tools to expound upon criminal legal doctrine and practice."

Northwestern Student Brendan Jordan, who took Prof. Kleinfeld's criminal law course, said that he nominated Prof. Kleinfeld for the Bator award in part because his teaching style was so "unique and innovative." Fellow Northwestern student Shams Hirji succinctly conveyed what many who know Prof. Kleinfeld have expressed: "What I appreciate most about [Kleinfeld] is how seriously he takes his students."

Prof. Kleinfeld noted, that receiving the Bator Award “…is not only a great honor, but also a daunting one." He added that while he didn't feel that he had achieved the same stature as prior recipients of the award, he would "... take it as a challenge [...] to live up to the standard set by those past recipients."

Prof. Kleinfeld received his JD and BA from Yale University and is a PhD candidate in philosophy with Axel Honneth and Rainer Forst at the Goethe University of Frankfurt. Before joining the Northwestern Faculty, Prof. Kleinfeld was an Associate at Debevoise & Plimpton and clerked for Hon. J. Harvie Wilkinson III (U.S. Court of Appeals for the Fourth Circuit) and Hon. Janice Rogers Brown (U.S. Court of Appeals for the D.C. Circuit).

Northwestern University School of Law's announcement can be read here. 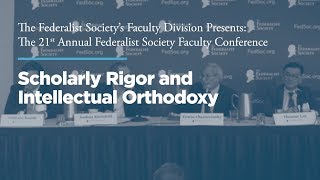 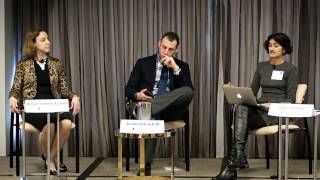 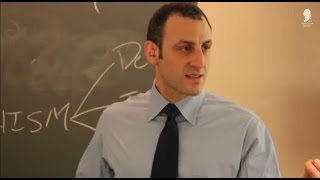