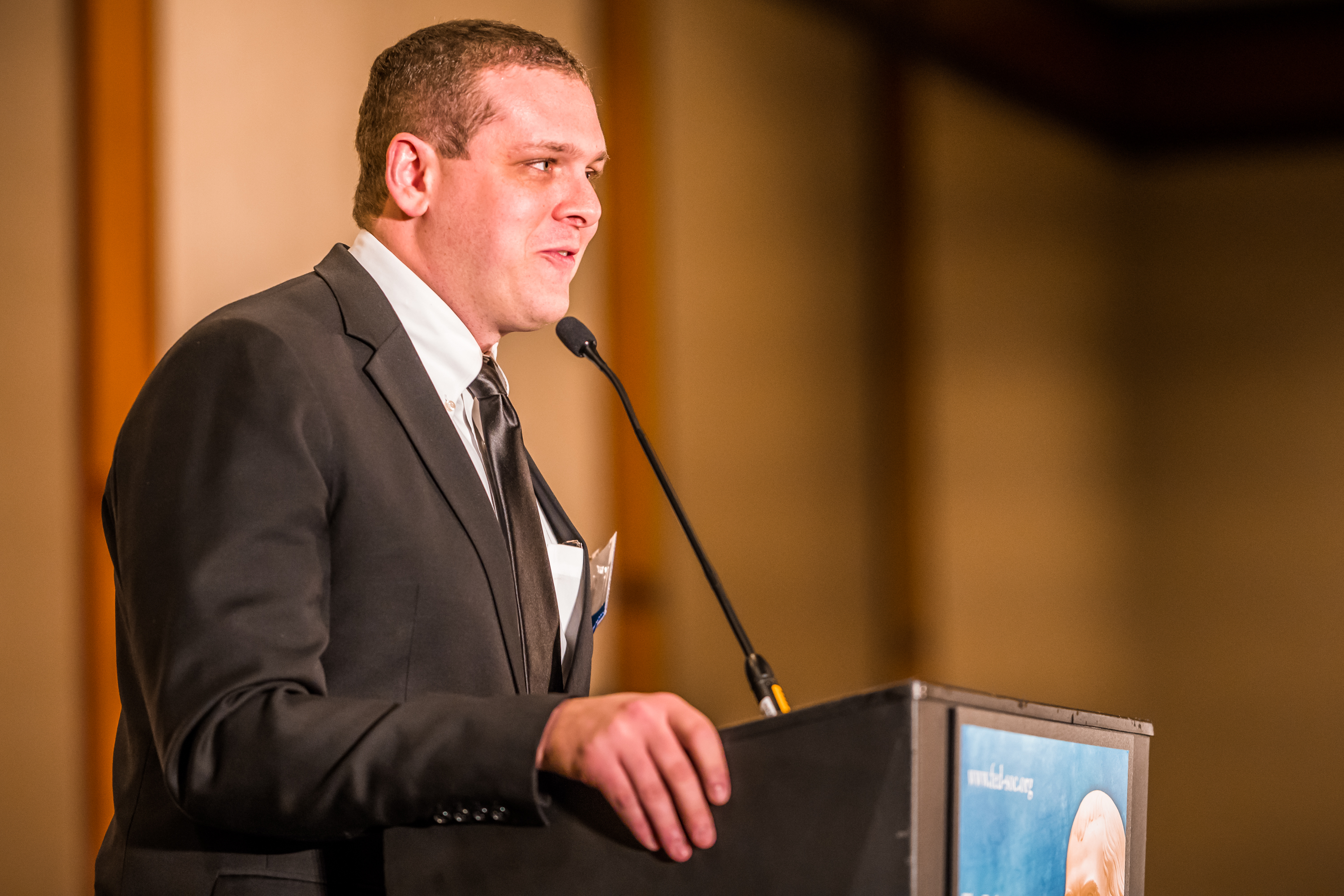 The Federalist Society presented the 2018 Joseph Story Award on Saturday, March 10, to Prof. Josh Blackman of South Texas College of Law Houston. The award is the successor to the Paul M. Bator Award, and beginning this year will be given annually to a young academic (under 40) who has demonstrated excellence in legal scholarship, a commitment to teaching, a concern for students, and who has made a significant public impact in a manner that advances the rule of law in a free society.

Prof. Blackman received the award at the Federalist Society’s annual National Student Symposium, held this year at the Georgetown University Law Center. Mr. Brenton Cooper, a student at the University of Chicago who served on the selection committee, presented the award.

Prof. Blackman teaches and writes on constitutional law, the United States Supreme Court, and the intersection of law and technology. He is the author of nearly four dozen law review articles, including publications in the Harvard Law Review and the Texas Law Review. His commentary has appeared in The New York Times, Wall Street Journal, Washington Post, USA Today, L.A. Times, and other national publications. He is also the author of the critically acclaimed Unprecedented: The Constitutional Challenge to Obamacare (Public Affairs Books, 2013) and Unraveled: Obamacare, Religious Liberty, and Executive Power (Cambridge University Press, 2016).

In presenting Prof. Blackman with the award, Mr. Cooper said that he “embodies excellence in legal scholarship” citing the many areas of law in which Prof. Blackman has contributed engaging pieces. Invoking Justice Story, who remarked that “republics are created by the virtue, public spirit, and intelligence of the citizens,” Mr. Cooper noted that Prof. Blackman is one such citizen who works towards the preservation of the American republic.

Prof. Blackman has received much praise from his students, who say he is a “force of nature who never stops learning new things” and that he “brings a new-age twist to an area of law deeply rooted in tradition.” One student remarked that Prof. Blackman’s dedication to his students’ success “shines in his personality and character,” which was exemplified by Prof. Blackman’s determination to meet with all seventy-nine students in his Property I class to discuss the midterm examination.

Prof. Blackman was honored to receive the award, which he dedicates to all of his students “at the South Texas College of Law Houston,” at the “dozens of Federalist Society Chapters he has visited nationwide,” and to the “thousands of students who learn from his lectures online.” Though, Prof. Blackman admitted that he is “something of a slacker,” as compared to the prize’s namesake. “By my age,” Blackman quipped, “Joseph Story had already been appointed to the Supreme Court by President James Madison!”

Prof. Blackman, as the recipient of the inaugural Joseph Story award, joins a distinguished group of professors honored with its predecessor, the Paul M. Bator Award, which was awarded from 1989 to 2017.