William Shepherd is a trial lawyer in Holland & Knight's West Palm Beach and Washington, D.C., offices. Mr. Shepherd represents clients involved in civil and criminal government investigations. He also assists the general counsel of public and private companies in conducting sensitive internal investigations and compliance matters. In addition to his enforcement practice, Mr. Shepherd handles complex civil litigation in related subject matters. Prior to joining the firm, Mr. Shepherd served, at the appointment of the attorney general, as the statewide prosecutor of Florida and earlier in his career, as a prosecutor in Miami, Florida.

In Chambers USA – America's Leading Business Lawyers 2013 guide, Mr. Shepherd was described as "first and foremost he has great judgment and a far greater sense of the bigger picture. He is not drawn in to unnecessary conflicts or fights if they do not serve the client." The 2015 guide includes “Bill Shepherd is a very strong lawyer, say market sources. He focuses on False Claims Act cases, internal investigations and criminal proceedings.”

Mr. Shepherd was elected to serve as chair of the 20,000 member Criminal Justice Section of the American Bar Association and served as a member of its Global Anti-Corruption Task Force and as division director of its White Collar Crime Division.

Mr. Shepherd has represented individuals and companies targeted for investigation and prosecution at the local, state and federal level. He has been engaged to represent individuals in complex international matters prosecuted by multiple U.S. Attorney's Offices and other matters prosecuted by the Fraud Section, Antitrust Division and Tax Division at the U.S. Department of Justice as well as matters investigated by the Securities and Exchange Commission.

As a seven year veteran of the Florida Attorney General's Office and a former Division Director of the Year, Mr. Shepherd brings a great depth of knowledge and appreciation for the pitfalls, both civil and criminal, facing clients under investigation by state attorneys general.

In private practice, Mr. Shepherd has assisted Fortune 500 companies and family-owned businesses to resolve matters with state attorneys general, including

Given Mr. Shepherd's broad experience as a prosecutor directly handling and supervising hundreds of proactive investigations, he is regularly called upon by general counsel to handle and manage complex internal investigations. In the last several years, Mr. Shepherd has been retained by companies and their boards of directors to handle investigations in the following areas:

Mr. Shepherd's broad trial experience makes him well suited to assist clients in large-scale civil litigation. Having tried more than 40 jury trials to verdict, Mr. Shepherd is highly knowledgeable in the dynamics of trial work and based on his deep experience in this area, he was asked to write the introduction toTrying Cases to Win, a seminal work in the field that was updated in October 2013; it is used by lawyers and law professors around the country. As a former member of The Florida Bar Rules Committee, he also has a deep understanding of the academic aspect of the practice and how to maximize ways to be most effective.

Realizing that most corporate actors understand that good ethics and compliance make for good business, Mr. Shepherd regularly meets with clients to update their existing compliance programs and to train global sales staff to assure that problems are avoided before they are created. Few things hinder corporate growth more than an employee or division looking for short-term progress by cutting corners on safety or regulatory compliance. Mr. Shepherd advises clients on the following specific subject matters:

In the last several years, Mr. Shepherd has testified before Congress, the U.S. Sentencing Commission and the Florida Legislature on a number of issues of importance in the law. He has testified before the U.S. House Judiciary Committee on the growing significance of overcriminalization. In furtherance of this public advocacy, Mr. Shepherd was called upon, pro bono, to write the amicus brief before the 11th Circuit Court of Appeal and the United States Supreme Court in the landmark case overturning US. v. Yates and the conviction of commercial fisherman John Yates under Sarbanes-Oxley for the "destruction" of three red grouper. The case was highlighted and published in aWall Street Journal Op Ed written by Mr. Shepherd the day of the oral argument.

The Ferguson Effect, The War on Cops, Over-Incarceration, and more! 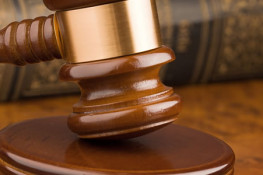 In recent years there has been a debate across the ideological spectrum about the reach...